Bunting -v- Zurich is an important appeal decision of Pepperall J in the High Court sitting at Birmingham which will likely have a significant impact on the credit hire industry. The decision provides helpful guidance on the merits of the various arguments raised in relation to perceived inadequacies of basic hire rates. This case comment considers the appeal and looks at how County Courts have been responding to the judgment.

Mr Bunting, the Claimant, was involved in a road traffic accident on 24 June 2015 in which his Lotus Exige Coupe was damaged. He hired a replacement Mercedes C220 for a period of 84 days from Helphire (now Auxillis) in the sum of £28,551.84 whilst his car was being repaired.

The claim was allocated to the fast track and permission was given to the parties to rely upon a short survey of basic hire rates to be adduced by way of a witness statement identifying: who conducted the survey; when and in what way the survey was conducted; and whether the survey / evidence established that equivalent vehicles were available for hire at the time the Claimant hired. The Claimant did not serve BHR evidence.

The Defendant served a statement from Mr Rose of Whichrate UK. Mr Rose’s evidence set out one and seven day rates from three different BHR providers. The rates provided were contemporaneous but did not give any information as to likely deposits for each BHR provider. Mr Rose also said in his report that the hire companies would allow hire beyond their maximum 30 day cycles and the hirer would just need to enter into a fresh agreement.

At the point of trial liability had been admitted. The Defendant had also conceded the repair costs but challenged the credit hire charges. Recorder Le Poidevin QC heard the matter at Northampton County Court on 1 November 2018.

The period was agreed between the parties as 78 days. The Claimant gave evidence as to his need to hire the vehicle and as to his annual mileage which was around 12,000 miles per annum.

Mr Rose was summonsed by the Claimant who then sought permission from the court to call him as a witness. Mr Rose gave evidence which confirmed the contents of his report. He said that he had considered evidence of rates from a database for the dates of hire and in the Claimant’s locality. He went on to explain that he would always take it that a vehicle was available unless the web entry showed otherwise. When it was pointed out to him that the maximum hire period for the Thrifty BHR entry was just 30 days, he explained that at the end of the 30 day period the hirer would simply have to be in touch with the company to seek a further period of hire. The period of hire was 11 weeks and one day. Mr Rose said that he valued the final day as one-seventh of weekly rate rather than the daily rate.

In closing submissions, it was argued by the Claimant’s counsel that Mr Rose’s evidence had failed to discharge the burden of demonstrating a difference between the credit hire rate and the BHR. In particular, it was noted that the Thrifty BHR: had a maximum hire limit of 30 days; a limit of 500 miles per week; and required payment of an undefined deposit. It was also argued that a one-day rate should be applied instead of a seven-day rate.

The Defendant in closing submissions urged the court to follow the ‘sanguine’ approach which had been adopted in Bent no1 and McBride -v- UKI [2017] EWCA Civ 144 and allow the Thrifty rate.

Recorder Le Poidevin QC rejected the Claimant’s submissions on Mr Rose’s evidence. The Recorder found that the Thrifty seven-day rate was applicable but that it merited an uplift of £10 per week to reflect the fact that there was no detail on the payable deposit, the mileage limit and the 30-day limitation on the hire. The £10 uplift was described by the Recorder as a ‘rough and ready adjustment’. Permission to appeal was granted after an oral permission hearing on 10 March 2020.

The Issues on Appeal

There were six points on appeal for the court to consider:

As a preliminary point, the judgment confirms that the correct approach to resolving credit hire disputes is to follow the steps set out by Aikens LJ in Pattni v First Leicester Buses: (i) did the claimant need to hire a replacement car at all? If so (ii) was it reasonable to hire the car actually hired at the rate agreed? If so (iii) was the claimant impecunious? If not, (iv) has the defendant proved a difference between the credit hire rate and what would have been the BHR for the model of car actually hired in the same geographical area? If so, (v) what is the difference between the credit hire rate and the BHR?

As regards the BHR evidence, the judge was entitled to rely upon it. It was admitted into evidence without any objections as to its shortcomings. Pepperall J endorsed a pragmatic approach to imperfect evidence in the county courts, and to credit hire matters in particular. It was held that the BHR was indicative of the likely hire costs throughout the 78-day period, even though there was a 30 day limit on the hire period. Moreover, the 78th day of the period of hire would have been charged at an aggregate weekly rate – i.e. one-seventh of the weekly rate – even without express evidence on the point.

It was further held that the judge was entitled to find a comparable car would have been available at the time, though not necessarily the same model as the Claimant’s car and, significantly, that the court does not require evidence as to availability of a particular car at a particular date. Pepperall J also found that the charge per week for 11 weeks was unlikely to be more than the charge per week for the first four weeks, and so the 30-day limit to the hire period did not prohibit use of the Thrifty rate. Both findings aligned with Pepperall J’s comment that the judge was entitled to use his experience to adjust the hire cost, in spite of that appearing ‘rough and ready’, and that is something with which the Appeal Courts should be slow to interfere.

Further, it was clarified that whether a deposit is required or not for a given rate made no difference to the overall cost of hire. In any event, it was held that this point is irrelevant without impecuniosity evidence.

This is a significant judgment for credit hire litigation. As Pepperall J makes plain, the County Court judges should be encouraged to do their best with imperfect evidence. This much is not new for the County Courts, as Walker LJ of Crewe Services v Silk (unreported CA 02/12/97) demonstrates:

“County Court judges constantly have to deal with cases that are inadequately prepared and presented, either as to facts or as to the law, or both, and they must not be discouraged from doing their best to reach a fair and sensible result on inadequate materials.”

This judgment enshrines two principal points. First, that the same sanguine approach which the County Courts are so used to applying in other cases is also applied to credit hire litigation. Second, that adopting a ‘nit-picking’ approach to the BHR evidence will not result in either a rejection of the BHR evidence or the credit hire sum being awarded in full.

The experience of junior defendant practitioners working in this area is that claimant arguments seeking to avoid the implications of Bunting have so far been given short shrift. Such arguments have included seeking to distinguish Bunting on the basis that the BHR report author gave live evidence in Bunting and so much more reliance could be placed on his report. However, live expert evidence in the small claims track will rarely, if ever, be proportionate and a hearsay notice attached to BHR reports has hitherto been a perfectly acceptable alternative to calling a report’s author to give evidence. Further arguments have ventured that the spirit of Bunting is to assist the court in reaching a decision about what might reasonably have been available at the time of hire and that incomplete BHR evidence cannot provide a useful steer as to reasonableness. This unintentionally misrepresents the central tenet of the judgment: that judges must not be discouraged from doing their best to reach a fair and sensible result on inadequate materials.

Judges have so far been receptive to submissions regarding how Bunting impacts the approach they should take to BHR evidence. Given the judgment is very recent, the earliest point at which Defendants have so far been able to rely on Bunting has been at trial. During remote hearings district and deputy district judges have then been willing to briefly adjourn to read Bunting before giving judgment, however this is unlikely to continue as hearings resume in person and daily court lists impose stricter time limits. Defendant solicitors would, therefore, be well served by including a copy of the judgment in the court bundle to ensure it is before the judge as early as possible, and by citing the judgment in defences where appropriate. Bunting represents a very helpful judgment for defendant practitioners, and it is important that the above practical steps are taken to ensure its full impact is felt. 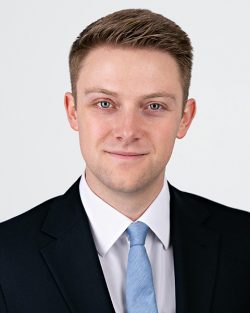