Following a finding of fundamental dishonesty, the Claimant sought permission to appeal. As noted by Lavender J, there then followed a myriad of (entirely avoidable) procedural mishaps which resulted in 10 orders of the High Court between the filing of the Appellant’s Notice and the consideration of the merits of an appeal which had no reasonable prospects of success. Lavender J gave a firm reminder to practitioners of the requirements of an appeal bundle, before considering the lack of substantive merit in the appeal.

The Claimant was involved in an accident at work on 07.07.14. The Defendant admitted breach but alleged both contributory negligence and fundamental dishonesty. The trial took place on 17.04.19, following which the Claimant was given a day to provide written submissions.

In a judgment dated 01.05.19, HHJ Baucher held that the Defendant would have been liable to the Claimant, subject to a two-thirds deduction for contributory negligence. However, following a finding that the Claimant had deliberately exaggerated the extent of his back symptoms, and presented a claim for care in the sum of £3,250 which he did not receive, the judge dismissed the claim pursuant to s.57 Criminal Justice and Courts Act 2015. The Judge ordered that the Claimant pay the Defendant’s costs and to pay £50,000 on account of those costs within 14 days.

On 22.05.19, the Claimant filed a notice of appeal. What followed was a myriad of procedural calamities resulting in no fewer than 10 separate orders of the High Court, culminating in an order with which the Claimant could not comply. The Claimant (unsurprisingly) defaulted on that order and sought relief from sanctions.

Despite the fact that denying relief from sanctions could be effectively penalising the Claimant for not doing something which he could not do (due to the procedural difficulties) Lavender J considered the merits of the substantive appeal and found that the appeal itself was almost totally without merit at paras [65-79]. His conclusion in this regard is damning: “There was overwhelming evidence that the claim for the cost of care was fundamentally dishonest and, as I have said, it would have been surprising if the judge had reached any other conclusion”.

Whilst not expressly stated, it is assumed that this consideration fell under the analysis of all the circumstances of the case. For those reasons, the judge dismissed the application for relief from sanctions.

The High Court reminded Appellants of their obligations under CPR PD52 paras 4 & 6 and the preparation of an appeal bundle which ought to follow the appellants notice no later than 35 days after the notice of appeal. The judge noted that appeals are often and needlessly “bedevilled” by the delay in obtaining a transcript (at [27]).

Should a transcript of the whole trial be required, the skeleton argument which should be produced, should contain the relevant extracts that the transcript is expected to contain from counsel’s / solicitor’s notes during the course of the trial and perfected later. Indeed, it is explicitly noted that this is the normal practice for the Court of Appeal Criminal Division (at [31]).

Lavender J set out the parties respective arguments and HHJ Baucher’s conclusions in some detail between [4-16]. These paragraphs merit reading in full for all sides, however of particular note:

Indeed, despite such a critical closing paragraph, the decision realistically focuses on the procedural aspects (and indeed workarounds) that the high court expects of parties seeking permission to appeal. 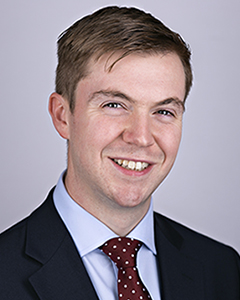