The Court of Appeal gives clarification on the test for a protected disclosure in whistleblowing cases.

Facts of the case

The Appellant, Dr Beatt, was a consultant cardiologist employed by Croydon Health Services NHS Trust. From 2008 onwards, the Appellant failed to get on well with a new consultant, and subsequently with the new service manager. The team was described as “dysfunctional”. In June 2011, the Appellant’s head nurse was dismissed during the working day, for alleged rude and abusive behaviour. The Appellant considered this had jeopardised the safe operating of the unit and that it contributed to the death of a patient. He made such complaints on various occasions, and suggested that no further procedures should be performed until there were sufficient staff. Therefore, on 4 August 2011, he declined to attend work and carry out procedures, also in part because of the presence of staff members he did not like.

Following an investigation in July/August 2011 by the Trust’s Director of Operations, the Appellant’s complaints were considered entirely without merit. He was alleged to have made false allegations and suspended on 8 August 2011. A disciplinary hearing found the Appellant had committed gross misconduct and he was dismissed on 14 September 2012. His appeal was dismissed. Despite the Appellant being referred to the GMC by the Respondent, the GMC took no action.

The Appellant alleged, pursuant to section 103A of the Employment Rights Act 1996, that he had been dismissed for making various protected disclosures relating to the safety of patients, the cause of the patient’s death, and the morale of the nursing staff following the head nurse’s dismissal. He also alleged the protected disclosures had resulted in the detriments of being referred to the GMC and negative reporting about him in board meetings and to the press, pursuant to section 47B.

On 24 October 2014, the ET held that the Appellant had been unfairly dismissed, both “ordinarily”, and “automatically” because he had made protected disclosures. It also held that no Polkey reduction or contributory fault reduction should be made.

The decision of the Employment Appeal Tribunal

The Respondent appealed to the EAT on liability, and on the failure to make reductions for Polkey or contributory fault. Judge Clark held that the ET should have determined the unfair dismissal claim on the basis of “‘the set of facts known to the employer, or it may be beliefs held by him, which cause him to dismiss the employee’, to adopt the timeless definition of the reason for dismissal formulated by Cairns LJ in Abernethy v Mott, Hay and Anderson [1974] ICR 323”. He considered the ET had made its own evaluation of the conduct charges, decided they were not compelling, and thus decided they could not have been the reason for dismissal. He held that the ET should have considered whether Mr Parker, the head of the disciplinary panel, had considered the disclosures protected on the facts as he believed them to be.

Judge Clark further held that the ET applied the wrong causation test of the disciplinary charges being “related to” the disclosures, and said he could not find the dismissal was due to the disclosures rather than conduct grounds. Judge Clark remitted the liability issue back to the ET, so made no finding on the deductions from damages.

The main issue of law to be decided was the approach to be taken in determining whether the making of a protected disclosure was the principal reason for the Appellant’s dismissal.

Lord Justice Underhill gave judgment, with which the Master of the Rolls and Lady Justice King agreed. The court upheld the appeal. Lord Justice Underhill stated that there were 2 issues: Firstly, whether the making of the disclosure was the reason (or principal reason) for dismissal, and secondly whether the disclosure was protected. He accepted that the beliefs of the decision-maker were relevant to the first question. However, he held that whether a disclosure was protected was a matter to which the beliefs of the decision-maker were irrelevant. He considered that the detailed conditions set by Parliament on what constituted a protected disclosure meant that the issue was for objective determination by a tribunal. Lord Justice Underhill held the question was not whether the employer believed the disclosure was protected, as suggested by counsel for the Respondent. He suggested that such an interpretation would erode the protection given to whistleblowers.

Lord Justice Underhill further stated that employers should not allow their opinion of a whistleblower being a difficult colleague to cloud their judgment as to whether the disclosures had a reasonable basis, or were made in good faith or the public interest. He suggested that employers should only dismiss whistleblowers if they were confident that the disclosures were not protected, or if they could confidently distinguish between the fact of disclosures and the manner in which they were made.

The Court of Appeal also held that the Employment Rights Act section 47B detriments had been made out, and that Polkey or contributory fault deductions should not be made.

The law naturally has a high level of protection for whistleblowers, as stated in the case. The decision here emphasises that. Lord Justice Underhill’s judgment also emphasises how hard it will be for an employer who has dismissed a whistleblower to separate the issues of dismissal and protected disclosures. With difficult employees, it may well be challenging to prove that any protected disclosures made were irrelevant to the dismissal. 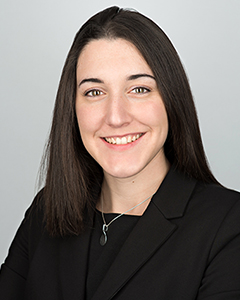