Charlotte Reynolds successfully obtains a finding of fundamental dishonesty in a personal injury claim, resulting in its dismissal.

In Smith v London Borough of Haringey [2021] EWHC 615 (QB) the High Court dismissed a claim for personal injury and loss of earnings arising from an assault in the workplace. It found that the Claimant was fundamentally dishonest and there was no substantial injustice that should displace the default dismissal of the case in its entirety pursuant to section 57(2) of the Criminal Justice and Courts Act 2015.

The trial was limited to the issues of quantum and fundamental dishonesty, liability having been agreed at 75/25 in the Claimant’s favour. The Claimant claimed to have suffered a back injury with chronic pain and resultant psychiatric symptoms that caused her a loss of earnings. She pleaded a total value of over £624,000. The Defendant’s position was that this was in fact a minor soft tissue back injury which resolved completely within 4 months which did not cause any loss of earnings. Each party adduced expert evidence from an orthopaedic and a psychiatric expert in support of their positions.

The Defendant’s experts’ concerns about the Claimant’s reliability and potential for exaggeration in her reporting of the symptoms partially gave rise to the allegation of fundamental dishonesty. Other features were surveillance evidence contradicting her accounts, inconsistencies with the medical records and attempts to conceal/ underplay her pre-accident medical history. Litigators will note that these are not unusual reasons for seeking a finding of fundamental dishonesty in personal injury litigation.

The Judge found that on a pure assessment of damages, this was a limited and low value soft tissue injury, contrary to what was claimed. He assessed the total damages, taking into account the 25% reduction, at £2,587.50, dramatically less than what had been claimed.

He went on to deal with fundamental dishonesty under section 57, as raised by the Defendant in its Amended Defence and pursued at trial. He found that, on the balance of probabilities, the Claimant “ha[d] deliberately exaggerated her disability to the court and to the experts. The purpose of the deliberate exaggeration was to support her claim for loss of earnings” [67]. Applying the dishonesty test in Ivey v Genting and the guidance on fundamental dishonesty in Sinfield, he found that the deliberate exaggeration was dishonest and that she had been fundamentally dishonest in relation to her claim. Considering finally whether there was a “substantial injustice” that should prevent him from dismissing the entire claim, he found that there wasn’t and specifically that “the fact the Claimant may be in financial difficulty is no excuse … Ultimately, the Claimant has only herself to blame for this situation” [69].

There is no doubt that a finding of fundamental dishonesty can have very serious consequences for a claimant, as was recently shown by the immediate committal of the claimant in Calderdale & Huddersfield NHS Foundation Trust v Metcalf [2021] EWHC 611 (QB). This is entirely in keeping with the parliamentary intention behind section 57, which is proving to be an effective punitive provision which one hopes will reduce the number of fundamentally dishonest claims being pursued at court. The court’s assessment of the Claimant’s honesty in Smith and the reasons behind the allegation is a valuable read for litigators considering how to approach fundamental dishonesty in other personal injury claims.

Charlotte Reynolds of chambers appeared on behalf of the Defendant at trial. The Claimant self-represented having parted ways with her solicitors at an earlier point in the proceedings. Judgment was handed down on 18.03.21.

The judgment can be found here 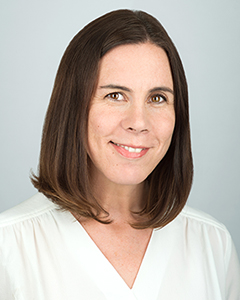