12KBW is delighted to announce that Catherine Brown has been appointed as a Circuit Judge.  Catherine will take up her appointment on 16 July 2018 and she will be based at Canterbury Combined Court Centre.

Catherine undertook her pupillage at 12KBW from 1990 to 1991 and she then became one of, at the time, only 3 female tenants.  She developed a strong personal injury practice, instructed on behalf of both claimants and defendants.  As time went on she developed a particular expertise in claims involving public authority liability and psychiatric injury, including sexual abuse claims and occupational stress litigation.  Catherine has for many years been recognised as a Leading Junior (Personal Injury) in both Chambers and Legal 500.

Catherine was appointed as a Recorder in Wales in 2008 (crime).  She was later authorised to hear civil claims and serious sexual offences.

Catherine was a barrister member of the Bar Standards Board’s Professional Conduct Committee (formerly Complaints Committee) from 2009 until 2015, and she continued to provide advice to the PCC on conduct and ethics thereafter.

Catherine said “Although I am, of course, sad to be leaving my friends and colleagues at 12KBW, I am very much looking forward to the new challenges ahead in Kent.  I have very much enjoyed my time at the Bar, but I am now keen to embrace the new life and career that awaits me.  As I leave 12KBW, I am particularly pleased that there are now so many talented juniors in Chambers, both female and male.  That reassures me that the future for 12KBW is in safe hands and that a successful future lies ahead.”

12KBW wishes Catherine, her partner and their greyhound (!) all the best for the future.

The official announcement of Catherine’s appointment can be found here. 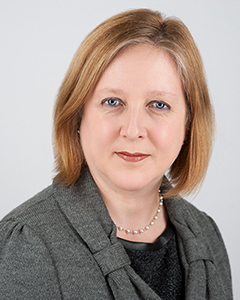