Court of Appeal success for David Callow in contempt proceedings

In Zurich Insurance Plc v Romaine [2019] EWCA Civ 85 the Court of Appeal has clarified a number of issues relating to the correct approach to the grant of permission to bring committal proceedings and in particular in lower value and high volume litigation.

Mr Romaine made a number of allegedly false statements about his hobbies and non-occupational noise exposure when pursuing an NIHL claim against a long-dissolved Zurich insured. He had stated to his medical expert that he had no noisy hobbies but records revealed that he may have owned a motorbike and also played in a band. Medical records suggested that Mr Romaine both played in a live band and rode a motorcycle, both of which were likely relevant to causation and loss. When Part 18 questions were raised on this subject he denied playing in a live band. His witness statement repeated the same information and denied that he rode a motorcycle.

An intelligence report established that, not only did he ride motorcycles; he was also the lead singer and guitarist in a rock-and-roll band. Numerous videos, photographs and gig dates were available on the band’s website and Mr Romaine’s Facebook page, which set out a long history of playing loud live music. When the evidence was presented to him and his former solicitors, along with a declared intention to apply to strike out the claim as an abuse of process and to argue that he had been fundamentally dishonest, he discontinued his claim.

Mr Justice Goose determined that there was a strong case to be made that Mr Romaine had deliberately made false statements. He also considered that there was a public interest in allowing committal proceedings in instances such as this (high volume NIHL litigation), having accepted evidence from Zurich as to the particular problems faced by the insurance industry in meeting historical claims where the veracity of the Claimant was central. However, he declined to grant permission because he considered the public interest test was not satisfied, as Mr Romaine had not been given a warning and had discontinued his claim promptly when confronted with the intelligence evidence.

Zurich appealed on the basis that the Judge’s discretion taken account of irrelevant considerations and failed to take account of relevant issues in relation to the cynical use of discontinuance.
In relation to the question of whether a warning is required Haddon-Cave LJ accepted Zurich’s argument and distinguished the principle in Barnes v Seabrook by looking back to the genesis of that guidance in KJM Superbikes v Hinton.

In KJM, the maker of the false statements had been a witness who had provided evidence in a strike-out application. The application was unsuccessful and the claim proceeded. Documents then came to light, which showed his earlier evidence to be false. The Court of Appeal recognised that the circumstances in this case were different from KJM as the person bringing the claim was the person making the false statements. In the instant case the Claimant had chosen to commence the claim and had made the statements freely. Lord Justice Haddon-Cave stated:

It is difficult to conceive of circumstances where a claimant can be heard to say that he was prejudiced by the absence of warning about the risks of contempt proceedings if he, himself, has been responsible for bringing a fraudulent claim.

Equally, the Court of Appeal did not consider that a prompt discontinuance was a relevant feature against committal proceedings and the court’s comments on this issue have a wider-ranging significance across the entirety of the personal injury market. The court stated:

It is clear that the modus operandi of some of those involved in fraudulent insurance claims has been to issue tranches of deliberately low-value claims (sometimes on an industrial scale) for e.g. whiplash, slips and trips etc and when confronted with resistance or evidence of falsity, simply then to drop those particular claims, in anticipation that it would probably not be worth the candle for insurers to pursue the matter further, particularly since recovery of costs can itself be time-consuming and costly and nominal claimants may be impecunious. The problem has become even more acute in recent times because of one-way cost shifting (“QOCS”) and the costs of proving “fundamental dishonesty” under CPR 44.16 (and c.f. section 57 of Criminal Justice and Court Act 2015).

The court particularly recognised the problem that insurers face in NIHL and other long-tail insurance claims when dealing with long dissolved or inactive insureds and events that took place a considerable time ago. The court considered the issues in this case to be a paradigm example of those problems.

Haddon-Cave LJ added a clear message that fraudulent personal injury claims remain a significant problem that must be addressed and stated that:

Finally, I would add that the message needs to go out to those who might be tempted to bring – or lend their names to – fraudulent claims, that dishonest claimants cannot avoid being liable to committal proceedings merely by discontinuing their original fraudulent claim.

The Court also drew the distinction at the permission stage between the public remedy of committal proceedings and private remedies such as orders for costs because false statements in court documents are public wrongs, which offend the proper administration of justice

The application has been remitted to the High Court for directions and trial.

The judgment of Goose J [2018] EWHC 3383 (QB) is also of some assistance to those making applications to commit. Goose J had initially refused permission on paper. The notes to the 2018 White Book indicated that there was no route to seek an oral redetermination and there is no specific provision of Part 3 or Part 81 that permits this.

The Judge accepted the insurer’s argument that that the rules were different in seeking a renewed application for permission, depending on whether the false statement was made in a Senior Court or a County Court. In a Senior Court application, when the court had refused permission without an oral hearing under CPR 81.14(4), then under Part 23.8 and Practice Direction 23A para.11.2, an application to set aside the order as a decision made by the court of its own initiative, could be made.

However, where the application for permission related to County Court proceedings, as in this case, Part 23 was not available because the application was under Part 8. There was no parallel to CPR 23.8 within Part 8. He agreed that “It is difficult to discern a logical reason for this.” and concluded that the inherent power of the court preserved within CPR 3.1 is wide enough to permit the court to revoke an order made without a hearing and allow a renewed application consistent with renewed applications in other jurisdictions. There was no cross-appeal on this issue and the Judge’s decision provides clarity on the apparent gap in the rules. 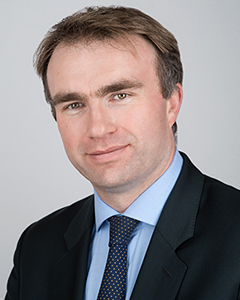