Ronald Walker QC, instructed by Plexus Law LLP, acted on behalf of the successful appellant, the Dean and Chapter of Rochester Cathedral, in an appeal against a finding that the Cathedral had been in breach of its duty as an occupier pursuant to the Occupiers’ Liability Act 1957.

At first instance (when the Defendant was represented by non-12KBW counsel) HHJ Coltart found that the presence of the raised piece of concrete gave rise to a foreseeable risk of someone tripping on it and, as a result, he found that it constituted a breach by the Defendant of the common duty of care owed to lawful visitors such as Mr Debell.

However, in a judgment which adopted the same approach to occupiers’ cases such as this to that which applies in highway tripping cases, the Court of Appeal accepted Ronald Walker QC’s submissions and found that the trial judge erred in his approach to the question of reasonable foreseeability. There was no recognition in his judgment that not all foreseeable risks give rise to a duty to take remedial action. The Court of Appeal said that the judge had to apply the concept of reasonable foreseeability taking a practical and realistic approach to the kinds of dangers which the Cathedral were obliged to remedy. Had he done so, then he could not have reached the decision which he did. 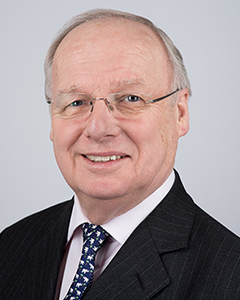