Covert recordings: does the end justify the means?

Covert recording is featuring increasingly in both employment and personal injury law – and the ramifications of recent decisions are yet to be fully played out. Two recent cases consider the issue from both sides in the workplace; Phoenix, featured covert recording by an employee and López considered covert surveillance by employers.

Generally, in employment tribunal proceedings, covert recordings of workplace discussions are likely to be admissible unless there is a legal basis for their exclusion such as privilege or public policy. Covert recordings by employees have been the subject of a number of EAT decisions. From Amwell, which appeared to set a high standard, emphasising the importance of public policy and the relevance of whether the discussions were ‘open’ or otherwise, to Fleming which re-stated the importance of the public interest in preserving privacy, however found on its particular facts, that the private deliberations were not expressly ‘private’. Further, the Grand Chamber of the ECtHR’s long-awaited decision in López, provides a useful analysis of the factors relevant to the justification of an employer’s covert surveillance of employees.

In this case, Mrs Stockman, the claimant, was a financial accountant. Restructuring proposals presented the possible removal of her role. Following a meeting with the director of resources, she went off work and lodged a grievance. She alleged harassment by the finance director. The grievance was rejected. After an unsuccessful appeal and mediation, Mrs Stockman was dismissed on grounds that the relationship had broken down irretrievably. A tribunal found that the grievance letter contained a protected disclosure and that Mrs Stockman had been victimised for making that disclosure.

During the course of tribunal proceedings, it emerged that Mrs Stockman had made a covert recording of a particular meeting. The tribunal found that she did not make the recording for the purposes of entrapment or attempted entrapment; rather, that she was flustered at the time and uncertain if the device would record; she created a transcript because of her legal obligations under the tribunal’s disclosure process. In deciding whether to make a reduction to the claimant’s basic award, the tribunal decided to reduce the basic and compensatory award by an additional 10% in light of the covert recording. The respondent appealed and the claimant cross-appealed. Among the issues arising, was whether the tribunal had erred in law in its approach to covert recording.

The EAT, by way of a reserved judgment, held that covert recording did not necessarily breach the implied term of trust and confidence.

The EAT set out factors which may be relevant:

The EAT went further and stated: ‘That said, we consider that it is good employment practice for an employee or an employer to say if there is any intention to record a meeting save in the most pressing of circumstances; and it will generally amount to misconduct not to do so’ (para 79).

In terms of the effect on the assessment of compensation, the EAT held that the tribunal had not misapplied the test as to whether or to what extent it is just and equitable to make an award in light of subsequently discovered conduct.

This decision has caused concern, as raised by Kate Gallafent QC (ELBA, 14 January 2020), that it may not be clear or easy to follow. In particular, the EAT’s expressed view that it is good practice for the employee, as well as the employer, to say if it intends to record the meeting is arguably inconsistent with its comments on ‘purpose’. Further, there is a concern that attempts to distinguish the ‘highly manipulative’, from the ‘confused and vulnerable’ employee may spawn satellite litigation.

In this case, the applicants were employed as supermarket cashiers. Following stock losses, the employer notified the workers that visible surveillance cameras to record potential customer thefts were being installed. However, they were not informed about the hidden cameras installed to record possible employee thefts. The covert surveillance led to the identification of the applicants as being involved in thefts. They were dismissed. The applicants argued that the covert surveillance had seriously interfered with their right to privacy (Article 8, ECHR).

The claim was upheld before an ECtHR Chamber; covert video surveillance was not justified. The applicants had a reasonable expectation of privacy and the covert surveillance had not been proportionate. Further, there had been no violation of the right to a fair trial (Article 6, ECHR).

On appeal to the Grand Chamber, a majority (14 to three) held, that there had been no violation of the right to privacy.
The Spanish courts were able, without overstepping the margin of appreciation afforded to national authorities, to hold that the interference with the applicants’ privacy was proportionate.

The Grand Chamber set out the factors which are likely to be relevant when considering whether an employer may implement video surveillance measures in the workplace without being in breach of Article 8:

The Grand Chamber distinguished between the levels of privacy an employee could reasonably expect depending on the location. Obviously, it was ‘very high’ in places which are private by nature, such as bathrooms, where heightened protection or even a complete ban is justified and that it ‘remained high in closed working areas such as offices’. However, that it was ‘manifestly lower’ in places visible or accessible to colleagues or the general public (para 125).

The ‘slightest suspicion’ of wrongdoing on the part of the employee was not enough; however, a ‘reasonable suspicion that serious misconduct has been committed and the extent of the losses identified in the present case may appear to constitute weighty justification’ (para 125). The Grand Chamber pointed out that this may be particularly so where concerted action by several employees was at play.

In examining the fair trial point, the ECHR considered that the applicants had had the opportunity to contest the use of the recordings and that the courts had given extensive reasoning. The video material had not been the only evidence and the applicants had not challenged its authenticity or accuracy.

Recent case law underlines the critical importance of considering the data protection issues arising from covert recording. Employers are at risk of penalties for breach, including substantial fines. However, individuals are also at risk of action by the Information Commissioner or private proceedings, although to date, the focus has understandably been on employers’ breaches. The data protection issues were recognised by the dissenting judges in Lopez: ‘The court has decided to allow the unlimited use of covert video surveillance in the workplace without affording sufficient legal safeguards to those whose personal data will be collected and used for purposes unknown to them’ (para 4).

In the personal injury context, in Mustard, the High Court gave a claimant permission to rely upon a covert recording of the examination by the defendant’s expert. Master Davison, in giving judgment suggested ‘that an APIL/FOIL agreed protocol is the way forward’ (para 41). It is understood that discussions are underway. It is likely that employee recording medical assessments with occupational health may similarly begin to feature in employment cases. 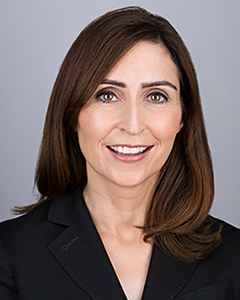