The Employment Appeal Tribunal has provided Presidential Guidance as to the exercise to be undertaken by Employment Tribunals in making Deposit Orders under rule 39 of the Employment Tribunals (Constitution and Rules of Procedure) Regulations 2013. In Hemdan -v- Ismail & another, Simler J was asked to consider the purpose of a Deposit Order, concluding that the purpose was “to identify at an early stage claims with little prospect of success, to discourage the pursuit of those claims by requiring a sum to be paid, and by creating a risk of costs if the claim fails.”

On the facts of the case before the EAT, where the Claimant had limited means, the EAT decided that the Employment Judge had erred as a matter of law in setting the level of each of the three Deposit Orders it had made at such a level (£75 each) so as to make it difficult for the Claimant to realistically comply with the same. The EAT agreed with submissions made by Ghazaleh Rezaie on behalf of the Respondent that where a Tribunal has properly concluded at the end of the first stage of the two stage test to make a Deposit Order, that it was not open to the Tribunal to set such Deposit Order at nil. Even where a Claimant is of limited means, a nominal order (in this case £1) would nonetheless give effect to the purpose of the Deposit Order and the consequential costs warning would continue to be operative.

Given the previous lack of authority on the making of and the setting of the level of Deposit Orders, the clear guidance provided by the EAT will now allows practitioners to better advise clients about the prospects of making of an application for a Deposit or defending any such application. 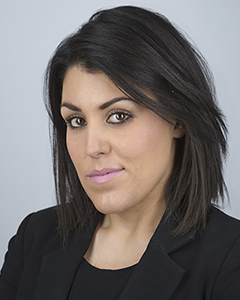