In this article, Alex Carington considers the recent case of Dougan v Bike Events Ltd (High Court) (Manchester District Registry) (11 June 2021) (HHJ Platts), which was discussed during the 12KBW cycling seminar. The claim, in which the Defendant was represented by William Audland QC and instructed by Michael Gwilliam of Plexus Law, concerned an accident during a cycling sportive, a mass participation cycling event, on 4 September 2016. This article will explore the decision in this case and the principles relevant to such claims.

The claim was brought by Mr Dougan, an event participant, against Bike Events Ltd as the event organiser of the Manchester 100, a non-competitive charity cycling sportive on open roads.

About 47 miles into the 100-mile ride, the Claimant was cycling slightly behind and to the offside of his friend, Mr Robinson, at between 15 and 20 miles per hour as they approached a sharp left-hand bend. The bend was a blind bend in the sense that the exit was not visible as you entered it. As Mr Dougan was negotiating the bend, he lost control of his bicycle and collided with a vehicle being driven in the opposite direction, suffering a severe head injury. No fault was alleged against the driver of the other vehicle.

On the approach to the bend the word “slow” was marked on the road surface twice about 160 metres and 75 metres from the bend respectively. There were two red triangle signs warning of a left-hand bend and a junction ahead with an additional red warning sign saying “reduce speed now” beneath the first of these.. There were two chevron signs which warned of the presence of a sharp deviation or bend around to the left, one which was obscured by vegetation.

The Claimant’s case focused on the following allegations:

The Claimant contended that if there had been such a warning, he would have heeded it and entered the bend more slowly so that he would not have lost control of his bicycle.

The Claimant had no recollection of the accident and so relied on evidence from his friend Mr Robinson with whom he was cycling. Mr Robinson told the Court the bend came upon them faster than anticipated and was also sharper than expected. Both began to brake to negotiate it but as they reached the apex of the bend, the Claimant began to wobble and lost balance and control of his bike. That evidence was accepted by the Court.

The Claimant also relied on footage of cyclists negotiating the bend during the event in 2019 (3 years after the accident) which showed some cyclists encroaching into the opposite lane as they negotiated the bend and one cyclist who failed to negotiate the bend safely and crossed the road in front of an oncoming car.

The Defendant’s director, Mr Hobbs, gave evidence that there had been no previous accidents on the bend in the previous 20 years during which the event had been running. This was supported by evidence from the Highway Authority which had records of 6 accidents between 2010 and 2019, only one of which involved a bicycle and concerned the index accident.

Mr Hobbs also gave evidence about a route risk assessment that was carried out. However, he was unable to identify the person who carried out the assessment but described it as an ongoing process with input from a number of different sources, including the police and relevant Highway Authorities. There was little documentary evidence supporting this and a witness for the third party provider of radio operators and marshals denied being involved in the risk assessment process. There was no evidence that the route was ridden by a cyclist in order to carry out the risk assessment.

Both parties relied on oral and written evidence from event management experts, Mr Andrew Petherick (claimant) and Mr Colin Clews (defendant), both of whom had carried out risk assessments for cycling sportives.

The Court was provided with the guidance from British Cycling and Cycling UK which included advice that:

The Court was also directed to the Highway Code which provided at rule 66: “never ride more than two abreast and ride in single file on narrow or busy roads and when riding round bends” and at rule 69 “You MUST obey all traffic signs and traffic light signals.”

In closing, the Claimant argued this was the sharpest bend on the route and a large number of participants would be competing for a fast time and might be fatigued. Some of the signage was obscured by foliage and the participants might not pay as much attention to it during an event. An adequate risk assessment would have identified this and a specific event warning sign should have been installed. These would be more obvious, cheap to provide and would have prevented the accident.

The Defendant argued there was no duty to provide additional signage. Sharp bends were a regular feature in rural roads and any danger was obvious. There had been no previous accidents during the event and limited evidence of accidents outside the event, none of which involved cyclists (other than the Claimant). The participants had been repeatedly warned it was not a race and to obey the highway code. If they chose to ignore this, it was not the Defendant’s fault.

HHJ Platts found that the Claimant had lost control on the bend due to riding too quickly for its severity. The Court considered the bend one of the sharpest on the course and potentially dangerous given its nature as a blind bend. The Claimant either failed to see the warning signs or chose to ignore them. He also found that the Claimant was not riding in single file, contrary to the Highway Code, but was on Mr Robinson’s right-hand side with at least his front wheel overlapping Mr Robinson’s rear wheel.

Whilst the event was not a race, the Defendant ought to have been aware that some participants would approach the event with a competitive spirit and some would ride around in groups with their friends.

The Judge did not consider that he was particularly assisted by the expert opinion in this instance as the central issue was whether the defendant should have provided additional signing or warning at this particular bend for this particular event and that was a matter of fact for the Court to decide. However, he was assisted by the guidance from British Cycling and Cycling UK.

The Judge did not place much weight on the footage of the 2019 event. Whilst it highlighted the potential hazard of the bend, the Court’s role was to focus on the position in 2016 without the benefit of hindsight.

The Judge concluded that whilst the route had been properly assessed in most aspects; he was not satisfied there was sufficient evidence that it had been properly assessed to identify whether additional warnings were required. However, even if the Defendant had carried out such an assessment in 2016 it would probably have concluded that the additional signage was sufficient and any such conclusion would have been reasonable. In reaching this decision, the Court placed particular weight on:

The Court held that if it had found in favour of the Claimant on primary liability that it would have reduced his damages by two thirds for contributory negligence.

This decision highlights some useful factors to consider when advancing a claim against the organiser of a sportive where the accident occurs on an open road.

First, the importance of a thorough and well documented risk assessment as well as witness evidence to speak as to its creation. The Judge was critical of the Defendant’s evidence on this point and had there not been such comprehensive signage already in place warning of the sharp bend and the need to slow down, the decision on liability could have been very different. The Judge was concerned in this instance that there was little evidence as to who had completed and the assessment, and how, which in turn meant there was no witness to speak to the process of its creation.

Secondly, the benefit of cogent evidence as to pre-event information and warnings to participants. The Court placed weight on the numbers of warnings in the event documentation which reminded the participants that it was an open road event and that they were to comply with the highway code, which required them to obey all highway signs.

Thirdly, whilst the Judge did not deem the experts’ conclusions to be particularly useful, their reports undoubtedly assisted in providing the relevant guidance at the time as well as the relevant factors to be considered. Whilst the conclusions of the experts may not have particularly assisted, the substance of their reports was still necessary for framing the issues that the Court needed to resolve and it would be a risky endeavour to advance a claim without such evidence.

Finally, even where primary liability can be established it is unlikely a Claimant will avoid a substantial contributory negligence reduction when the accident occurs on an open road given the need to take responsibility of the conditions as a road user even accounting for the competitive spirit that might be adopted by riders in a sportive.

The writer understands that the Claimant is seeking to renew his application for permission to appeal to the Court of Appeal. 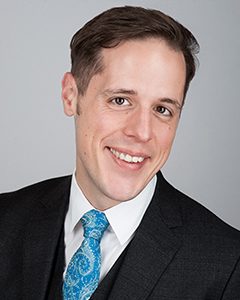