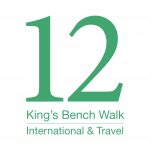 We are delighted to announce our next seminar which will take place on Tuesday 3rd October from 6:00pm at Arundel House.

This seminar, the second in our series, will outline the general principles of quantification of loss in personal injury claims in France and Greece respectively, and address some topical issues. There will be two presentations by each of our guest speakers, Thomas Ricard and Georgios Natsinas, followed by questions and answers.

Arrival from 5:30pm, with the talk starting at 6:00pm and a drinks and canapes reception afterwards until 9:30pm.

This is a free event and booking is required – places will be allocated on a first come, first serve basis.

All those attending are invited to submit questions or points of interest in advance.

He is an Ancien Secrétaire de la Conférence of the Paris Bar and has acquired significant advocacy experience. In the last 4 years since he joined J.P. KARSENTY & ASSOCIES, Thomas has advised in over 150 personal injury cases, for both victims and insurance companies. He is a member of PEOPIL.

A Lawyer before the Greek Supreme Court, since 2004, George Natsinas is regularly instructed on cross border cases involving personal injury claims of foreign and Greek citizens.

He is a founding member of PEOPIL and a member of APIL and IETL. He has been instructed on many significant cases involving British Tourists including cases before the Greek Courts and he regularly acts as a Greek Law expert before the Courts of England and Wales and he was actively involved in several cases including Panagaki v Minetta SA General Insurances [2015] EWHC 2700 (QB). He is fluent in Greek, English and Italian.