In Inglis v Ministry of Defence, a former Royal Marine was awarded £545,766 for his noise-induced hearing loss.

Liability had been conceded by the MoD, on an 80/20 apportionment in Mr Inglis’ favour.

Mr Inglis joined the Royal Marines aged 17 and left in 2012 at the age of 32. He was voluntarily discharged. He was exposed to noise from thousands of rounds of ammunition, grenades, helicopters and other aircraft and explosive devices. His hearing loss was noted by medical officers, who also advised that his exposure to noise be reduced, but no steps were taken to achieve this.

The MoD contended that (1) there can be no loss of earnings in these circumstances (Mr Inglis had found employment after he was voluntarily discharged) and (2) that he was only marginally disabled and so a Smith v Manchester lump sum award should have been made rather than the loss being calculated by a conventional multiplier/multiplicand method.

Although Mr Inglis was not medically discharged from the Marines, the judge accepted that, he had left because he had sustained noise-induced hearing loss and he was concerned that continued service would cause further damage. In doing so, Peter Marquand (sitting as a Deputy High Court Judge), rejected the MoD’s argument that Mr Inglis had left to seek greater remuneration in the maritime security industry. Instead he found that, but for the hearing loss, Mr Inglis would have served his full 22 year term, when he left he had 7 years remaining.

The judge noted that, although mild, Mr Inglis’ hearing loss caused difficulties in his work environment including in hearing conversations in meetings or speaking on the telephone. Hearing aids improved the situation but not by much. These adverse effects impacted on his normal day-to-day activities. His disability was substantial and affected the kind of work which he could undertake. Mr Inglis therefore met the definition of disability within the Ogden Tables.

The judge accepted that a multiplier/multiplicand method is conventional approach to calculating future loss of earnings and should normally be used, even in less severe cases of disability. In this case he was able to (a) make findings as to Mr Inglis’ annual earnings on both an uninjured and injured basis, (b) determine that Mr Inglis was disabled within the meaning of the Ogden Tables and (c) that that disability has a particular impact of his ability to carry out his day-to-day work. The judge did however adjust the reduction factors to be applied to the multiplier to take account of Mr Inglis’ individual characteristics, he was notably hard-working, his disability did not affect his mobility and had been in work since he had left the Marines. An award of just over £257,000 was made.

Mr Inglis’ early discharge also resulted in an agreed loss of pension of around £350,000.

An award of £25,000 was made for pain, suffering and loss of amenity. The sum reflected Mr Inglis’ mild hearing loss and that his need for hearing aids was advanced by about 30 years. The cost of his hearing aids was assessed at around £55,000. A further award of £8,000 compensated his loss of congenial employment.

The Defendant’s application for permission to appeal, on both factual and legal grounds, was dismissed. 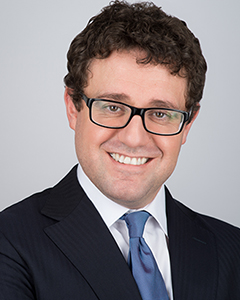