Julie Lavelle and her partner Michael McIntyre booked a 14 day all-inclusive Thomas Cook  holiday for themselves and their 2 children (who were  3 years of age and 14 months old) at the Parque Cristobal Hotel, Playa del Ingles, Gran Canaria from 29th July 2013 to 12th August 2013 costing £2,697.

In May 2016 without any prior warning or prior complaint to either hoteliers, tour representatives or Thomas Cook, solicitors Bridger & Co of Landovery Carmarthernshire forwarded a letter of Claim asserting that the whole family had suffered gastroenteritis  on the 3rd day of their holiday as a result of inadequate food hygiene arrangements at the hotel. They argued that symptoms  had continued  from 3rd day throughout the holiday  until  after the family’s  return to the UK.

The claim was repudiated because on the return flight Michael McIntyre had completed and handed in a detailed feedback questionnaire largely in tick box format but giving over 100 answers to questions about the quality of their holiday accommodation, food , representatives etc. One of the few sections which went un-answered concerned illness suffered on the holiday but in relation to the majority of the questions it was recorded that the service supplied had been good or excellent.

A claim was issued in the county court on 21/7/16 on behalf of all the members of the family claiming damages of up to £10,000. It was alleged that buffet food had been offered which was tepid and undercooked and re-heated from one meal to recycle at the next, that food was left uncovered for long periods exposed to flies, that birds had been able to fly into restaurant areas, that crockery and cutlery had been dirty and that drinks had been diluted with tap water  and that no adequate steps had been taken to ensure a hygienic food supply to the family. By virtue of court rules referred to as  QOCS [Qualified One Way Costs Shifting]  the Claimants were not at risk of paying costs in the event they were unsuccessful unless it was demonstrated to the court that they had been fundamentally dishonest.

In fact of over 800 hundred Thomas Cook visitors to the hotel  that summer the Lavelle/McIntyre family were the only ones to make a complaint regarding food or food poisoning.

On 10th July 2017 the matter came to trial before DDJ Herzog in the Liverpool County Court. When cross-examined Julie Lavelle was unable to give a clear account of which members of the family had become ill and when or indeed precisely how long they had remained ill and her evidence conflicted between accounts given in her witness statement and in live evidence with her partner’s account. She said that though her son and baby daughter had had diarrhoea and vomiting lasting around 4-5 days she had sought no medical treatment save self-medicating with dioralyte and Calpol and that she had not felt any need to mention the family’s difficulties to hotel staff, the tour representative or anyone else because she was coping with it.

She and her family had managed to make a 4 hour flight home without incident despite ongoing symptoms. Upon her return home she and her partner returned to work the following day, and her children returned to nursery.  She had other reasons to see her GP within a few days and had made no mention of continuing gastroenteritis symptoms which she asserted at trial, in her witness statement and to a medico-legal doctor. Her baby daughter was also taken to see a GP after 6 days  as a result of another illness but though the fact of a holiday was mentioned no suggestion of gastroenteritis was related to the doctor.

Mr McIntyre explained the inconsistency between his complaints of a holiday-ruining illness and his lack of complaint to the hotel on the basis that he was making the best of things because of the need to try to enjoy his holiday with his children whom he didn’t see enough. He explained the inconsistent Questionnaire was filled in on the flight home after he had drunk 6 pints of lager and that entries were either randomly ticked  or ticked so as to put a favourable gloss on the trip so that he would be more likely to benefit from a prize draw incentive for handing in the form.

DDJ Herzog concluded that the Claimants’ accounts were wholly implausible and that they had not suffered any illness at all. On that basis the judge  did not go on to consider various legal arguments regarding burden of proof which the Claimants had ostensibly failed to discharge to prove their claim.

Given that an illness had always been denied the Court accepted  Thomas Cook’s counsel’s submission that for the purposes of CPR 44.16(1) the Claimant’s had been fundamentally dishonest and that they therefore lost their protection from paying costs to Thomas Cook. The court dismissed their claim and made an order that Julie Lavelle and Michael Mcintyre  [but not their children] would have to pay costs of £3,744 within 28 days.

Counsel for the Defendant 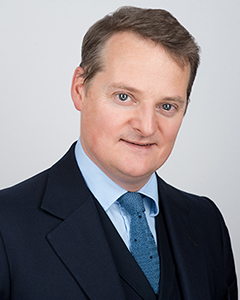