The effect of the judgment is to make a preliminary reference to the Court of Justice of the European Union (CJEU) requesting clarification of principles of EU law.

The response of the CJEU will determine the approach that is appropriate to package travel cases brought under the 1992 Regulations concerning criminal acts by employees of hotels and other suppliers of holiday services.

William Audland QC, Nina Ross and Achas Burin of 12 King’s Bench Walk appear in the case on behalf of the Respondent upon instructions from Gary Tweddle at MB Law.

The interim judgment can be found here: https://www.supremecourt.uk/cases/docs/uksc-2018-0102-judgment.pdf

The Supreme Court press release can be found here: https://www.supremecourt.uk/cases/docs/uksc-2018-0102-press-summary.pdf

This is a package travel claim against the Respondent tour operator for breach of contract at common law and the Package Travel, Package Holidays and Package Tours Regulations (SI 1992/3288) (‘the 1992 Regulations’).

The Appellant and her husband were on a package holiday in Sri Lanka between 8 and 23 July 2010. The package was booked through the Respondent tour operator, Kuoni. In the early hours of 17 July 2010, the Appellant was making her way through the grounds of the Hotel. She came across an employee ‘N’. He was employed as an electrician and was known to the Appellant as a member of the maintenance staff. N was on duty and wearing his Hotel uniform. He offered to show her a shortcut to reception. In fact, he took her via the engineering department where he raped and assaulted her.

The Appellant brought a claim for breach of contract and under the 1992 Regulations. The claim was dismissed at first instance and by the Court of Appeal. Upon appeal to the Supreme Court, the Association of British Travel Agents made submissions as an intervener.

Although the 1992 Regulations have ceased to affect package travel claims since they were replaced in 2018, they continue to apply to this case (which was brought prior to the repeal). The Regulations implement Directive 90/314/EEC of 13 June 1990 on package travel, package holidays and package tours (‘the Directive’).

The issues in the case, upon appeal to the Supreme Court, were as follows:

This reads as follows: “With regard to the damage resulting for the consumer from the failure to perform or the improper performance of the contract, member states shall take the necessary steps to ensure that the organizer and/or retailer is/are liable unless such failure to perform or improper performance is attributable neither to any fault of theirs nor to that of another supplier of services, because: … such failures are due to … an event which the organizer and/or retailer or the supplier of services, even with all due care, could not foresee or forestall.”

Preliminary Reference to the CJEU

The CJEU is asked to provide clarification on a matter of EU law. As the judgment makes clear at paragraph 16 the clarification is relevant only to the second of the two issues in the case, namely the proper interpretation of the statutory defence in Article 5 of the Directive. Judgment on the first issue is reserved pending the outcome of the reference.

For the purposes of this reference, the CJEU is asked to assume that guidance by a member of the hotel’s staff of the Appellant to the reception was a service within the “holiday arrangements” which Kuoni had contracted to provide and that the rape and assault constituted improper performance of the contract. In other words, the CJEU is asked to proceed on the assumption that primary liability is made out under issue 1.

The following questions are referred to the CJEU: 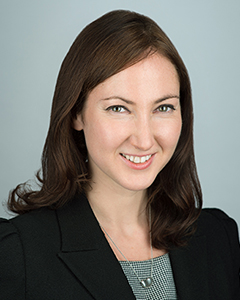