Judicial Guidance on Furlough for companies in administration

The judgment handed down by Mr Justice Snowden, following a remote video hearing, In the matter of Carluccio’s Limited (in administration) [2020] EWHC 886 (Ch), represents the first case to consider the Government’s Coronavirus Job Retention Scheme (the “CJRS”), colloquially known as ‘furlough’.

The Italian restaurant chain, Carluccio’s, shut all of its branches on 16 March 2020 following Government guidance to slow the spread of COVID-19. Carluccio’s then entered into administration on 30 March 2020.

The evidence before Snowden J was that Carluccio’s had no money with which to continue paying the wages of its 2,000 employees. Therefore, unless the administrators could access the CJRS, they would have to make the workforce redundant.

However, the administrators were only willing to furlough employees if the costs of doing so were met by the Government under the CJRS, such that they would not incur any greater liabilities for the insolvent company.

The CJRS was announced by the Chancellor of the Exchequer, Rishi Sunak, on 20 March 2020. The stated aim of the scheme is to enable employers, including those in administration, to furlough employees whose services cannot be used due to the current COVID-19 pandemic. Employees are not permitted to work for their employer during the period of furlough, but the employer is able to apply for a grant from the Government to cover the cost of continuing to pay the employees 80% of their regular salary (up to a maximum of £2,500 per month). In order to qualify, the employee must have been on the employer’s payroll on or before 28 February 2020. Employees must also expressly agree to be furloughed under the CJRS.

Since judgment was handed down the qualifying date has been amended to 19 March 2020 in further guidance issued by the treasury in a direction to HMRC, available here. Importantly, the scheme is not limited to employees who would otherwise be made redundant, but now to the broader category of those furloughed “by reason of circumstances as a result of coronavirus”. Further, in order to access the scheme, the employer and employee must have agreed in writing that the employee will cease all work in relation to their employment.

There are two features of the scheme that are particularly relevant in the context of insolvency:

These two features mean that any grant monies paid by the Government under the CJRS will constitute assets of the company in administration.

How is the CJRS supposed to work in an insolvency process?

The guidance on the scheme that was available before Mr Justice Snowden (provided by the Government on 9 April 2020) noted as follows:

The difficulty in this case arose because the new CJRS does not, on one reading, sit comfortably with the Insolvency Act 1986 (the “Act”).

A question therefore arises whether an employee placed on furlough is technically adopted for the purposes of the Act. If not, any sums paid to them from the CJRS will be in breach of the relevant insolvency legislation. But equally, if any sum received by the company or administrator from the CJRS is not paid to the furloughed employee but instead redistributed to other creditors, that will be a breach of the CJRS.

The case and the decision

The administrators in this case were, understandably, anxious to clarify how the CJRS interacted with the relevant insolvency legislation so that they would not be accused of having acted inappropriately by creditors. This was particularly acute given that, as Snowden J put it, “although the [Coronavirus Job Retention] Scheme has been explained by the Government in broad terms in guidance published online, there has been no precise detail given of its legal structure, and specifically how the Scheme is intended to operate consistently with the insolvency legislation”. The administrators therefore sought a declaration from the High Court.

The evidence from the administrators before the court was that there had been several expressions of commercial interest in Carluccio’s, and that accordingly there was a reasonable likelihood of achieving a sale of the business. If that happened, at least some of the employees would be transferred to the buyer and, after the current lockdown is eased, they would be able to resume work. This was held by Snowden J to be “what is meant by the expression ‘rehired’ in the Scheme Guidance.”Snowden J went on to conclude that, consequently, in this case the CJRS “ought to be available” to Carluccio’s in respect of its furloughed employees.

Interpreting the Insolvency Act 1986 to give effect to the CJRS

In part, resolving the issue required considering whether the act of placing an employee on furlough under the CJRS constituted an adoption under the Act.

The leading authority on the meaning of adoption in the context of insolvency is the House of Lords case of Powdrill v Watson & Anor (Paramount Airways Ltd) [1995] 2 A.C. 394. In that case, Lord Browne-Wilkinson held “the mere continuation of the employment by the company does not lead inexorably to the conclusion that the contract has been adopted by the administrator or receiver”. He went on to say that adoption “can only connote some conduct by the administrator or receiver which amounts to an election to treat the continued contract of employment with the company as giving rise to a separate liability in the administration or receivership.”

Applying Paramount Airways, Snowden J held that paragraph 99(5) Sch B1 of the Act should be interpreted in such a way as to permit the CJRS to be given effect, and thus support the Government’s efforts to deal with the economic consequences of COVID-19.

Importantly, Snowden J held that if administrators permit the contracts of employees to continue, without termination, beyond the initial 14 day period where the main or only purpose of doing so is to enable those employees to respond to offers to vary their contracts to allow them to be furloughed, that does not constitute adoption under paragraph 99(5). Therefore, there was no requirement for the administrators to “cautiously” make the employees redundant (to avoid them being ‘automatically’ adopted), which would have the unintended consequence of extinguishing their ability to be furloughed.

Employees expressly accepting an administrators’ offer to place them on furlough, had their contracts varied on those offered terms. Those employees would be considered to be adopted, and accordingly can receive their CJRS pay notwithstanding the ordinary order of priorities in insolvency legislation.

Employees who declined furlough could not be adopted, and accordingly must be made redundant.

Employees who do not respond to such offers could not, in the circumstances of this case, be taken to have impliedly accepted them and therefore, following the decision in Paramount Airways, could not be said to have been adopted. It was argued that non-responding employees might be treated as employees on long term sickness absence, where there may be an implied duty not to dismiss whilst the employee has the benefit of a workplace health insurance policy. Snowden J rejected that argument, noting that to do so could place administrators at risk of having adopted an employee that is not, in fact, covered by the CJRS (as they have not expressly agreed to be furloughed). However, Snowden J left open the possibility that the situation might be different if the offer letters had said, for example, that non-response would be taken as acceptance.

This is an important decision as Carluccio’s is likely to be but one casualty of the Coronavirus pandemic with much of the UK high street already in difficulty. Mr Justice Snowden’s guidance may offer workers some comfort that even if their employer goes into administration, it may still be able to take advantage of the CJRS, provided that there is a reasonable likelihood of the employee’s services being re-hired.

It is also noteworthy that much of what practitioners, and indeed the public, are having to rely on at the moment is guidance from the Government, rather than established and tested law. For that reason, a decision from the High Court as to how the CJRS applies in certain circumstances is especially welcome. However, this remains a constantly moving area with the guidance itself being constantly updated and tweaked.

The latest guidance on the CJRS is available here. 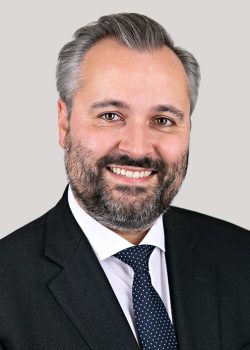