Marcus Dignum acted for the Defendant in this 6-day assessment of damages hearing, successfully reducing a claim pleaded in excess of £11m to an award of £562,000.

The claim followed a road traffic accident in April 2014 for which liability had been admitted.  It was alleged that as a consequence the Claimant suffered a mild brain injury, and also developed severe psychiatric symptoms, which were superimposed upon her own pre-existing vulnerabilities.

These included learning difficulties, a very low IQ and a likely diagnosis on the autistic spectrum which the Claimant contended would combine to make her resistant to successful treatment and therefore in need of a substantial lifetime care package.

It also meant that (although not conceded) she lacked capacity to litigate and manage any subsequent award, not by reason of any acquired injuries but by dint of these pre-existing problems.

Both sides had evidence going as to the cost of the Court of Protection.

The huge reduction in quantum was principally predicated upon the Judge’s approach to care.  He held that the evidence of the Claimant’s care expert, Carolyn Archbold was “unrealistic in the extreme” but ultimately it was his acceptance of the Defendant’s case that notwithstanding her pre-existing issues, a properly focussed course of treatment was very likely to restore the Claimant to her pre-accident state, which limited damages to the level it did.

However, as anticipated the Judge also held that she lacked capacity (because she always had).

Against a claim for more than £10m, the Claimant had advanced a claim for the lifetime costs of the Court of Protection in a sum which exceeded £1m.  This had been attacked in cross-examination on the grounds, inter alia, of the prospect of a complete dissipation of the award over a shorter period and also on the grounds of proportionality and reasonableness.

The judge initially gave a judgment which dealt with some heads of loss but merely provided findings of fact in respect of others, asking the parties to seek to agree them if possible.

From this it was apparent that excluding the costs of the Court of Protection, once incurred liabilities were met, the Claimant was going to be left with £220,000-odd.

Notwithstanding this very much more modest figure, the Claimant adduced further written evidence from her expert, contending that the cost of the Court of Protection would nevertheless still be in excess of £870,000 and not surprisingly, the parties were unable to find common ground.

Following a further morning of argument, the final judgment was handed down, by which the Judge agreed with the Defendant’s submissions that to award a sum four times greater for management than the sum to be managed was “grossly disproportionate … It cannot be fair to a defendant or proper in a developed legal system.”  He also accepted the proposition that the fund was likely to be expended over a shorter time frame and that “a proper figure for the relatively modest fund should not exceed £125,000 and that may be too generous to the Claimant”.

From this case, Defendants can take some comfort that the principles of chance, proportionality and reasonableness apply to the cost of the Court of Protection, particularly where more modest awards are eventually made (or consensually arrived at). 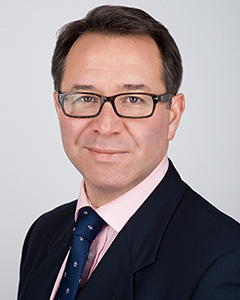