Motor Insurance – the Death of a Declaration

In the murky depths of motor insurance litigation, the section 152 RTA 1988 declaration of an insurer’s entitlement to avoid its policy has been weaponised as insurers seek to protect their own commercial interests necessarily at a cost to other insurers or, in some rare cases, the MIB.

It is an area almost devoid of authority in which the battle between insurers has become increasingly fierce over the last decade. No more.

On 20 July 2017 the CJEU gave judgment in Fidelidade-Companhia de Seguros SA v Caisse Suisse de Compensation and Others (Case C-287/16) indicating that any right of an insurer to avoid paying a Claimant’s claim by avoiding its insurance policy was contrary to EU law, even if the claim would still be paid by a body such as the MIB. In R (Roadpeace) v Secretary of State for Transport & MIB [2017] EWHC 2725 (Admin) (7/11/17), the Secretary of State for Transport conceded that the procedure whereby an insurer can avoid its liability under section 151 of the RTA 1988 by obtaining a declaration satisfying section 152(2) of the RTA that it was entitled to avoid its policy of insurance for misrepresentation or non-disclosure was therefore contrary to EU law. It was indicated that the government would take steps to rectify the situation.

In Colley v Shuker [2019] EWHC 781, O’Farrell J held that an insurer could rely on its section 152 declaration under the RTA 1988 despite its incompatibility with EU law.

Two years after Fidelidade and (possibly) as one of the last exercises of the statute-amending powers under the European Communities Act 1972, Chris Grayling the Secretary of State for Transport laid before Parliament the snazzily titled Motor Vehicles (Compulsory Insurance) (Miscellaneous Amendments) Regulations 2019. They will come into force on 1 November 2019.

The Regulations do 3 things, only one of which is of practical importance to practitioners and insurers:

The practical effects of these changes will be:

Ironically, insurers generally will ultimately benefit from this change by saving costs. The potential effects of reducing status were such that it required investigation (and in many cases declaration proceedings) in any multi-vehicle, multi-insurer case. In many cases all insurers would obtain declarations and end up in the same (or a very similar) position having kept lawyers in gainful employment.

Motor insurance lawyers will have to find something else to argue about. 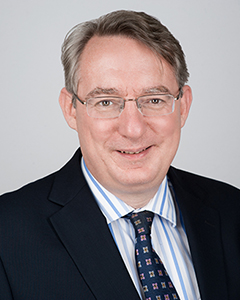