In this recent decision before Recorder Hockman QC, sitting as a Recorder in the Central London County Court, Patrick Kerr successfully argued that where a claim for credit hire (made in excess of £100,000) had been dismissed:

The Claimant, Mr Dag, made a claim for general and special damages in excess of £100,000, the vast majority relating to the cost of using a credit hire vehicle following his road traffic accident.  Following the trial, Recorder Hockman QC concluded that whilst he was persuaded the accident had caused Mr Dag some injury it was very minor in nature and would be adequately compensated with an award of £1,000.  He was not persuaded, however, that Mr Dag was able to substantiate any of his claimed losses for special damages, which he dismissed in their entirety.  This included the claim for credit hire, pleaded in the sum just under £101,000.  It was ordered, therefore, that he should be awarded his costs for establishing his personal injury, but the Second Defendant, Covea Insurance, should receive their costs for defending the meritless claims for special damages.

In terms of the Claimant’s costs, the Judge recognised that if the matter had proceeded without the special damages, it would have done so under the fixed costs regime set out in the RTA protocol found at CPR 45.29A.  Whilst this case could not be retrospectively placed into that regime, the Court still retained discretionary powers (under CPR 44.2) to assess costs as if the regime applied.  The Judge concluded it would be fair and reasonable to do so in this instance.

Under the QOCS regime, the Second Defendant’s costs of defending the special damages claim could only be enforced against the Claimant to the extent of his award for general damages.  Thereafter the Second Defendant would be left out of pocket if there was no other legal entity to pay the remainder.  An application was duly made to join the credit hire organisation and submissions were made on their behalf.  However, the Judge, in applying the principles set down in Deutsche Bank AG v Sebastian Holdings [2016] EWCA Civ 23, and in particular noting “the critical factor in each case is the nature and degree of the connection of the third party with the proceedings” found that it was fair, just and reasonable for the credit hire organisation to pay the remainder of the costs of Covea Insurance.  As set out in his judgment:

“it seems to me clear that it was open to the third party to control for relevant purposes the conduct of the proceedings by the Claimant, and there is a clear inference that, on the balance of probabilities, the third party exercised control or at the very least strong influence over the way in which the proceedings were conducted. It is unnecessary for me to make any particular findings as to why the Claimant incurred the substantial hire charges which formed the subject of the failed claim. All that matters is that I am satisfied, as I am, that the third party was instrumental in initiating and conducting the claim for reimbursement of those charges.” 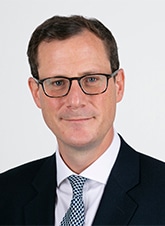