On 11 July 2016 the appellant’s brother, James Maughan (‘the Deceased’), was found dead in prison. At the inquest, the Coroner decided that the jury could not safely reach a short form conclusion of suicide because they could not be sure beyond reasonable doubt that the Deceased had intended to kill himself. The Coroner posed questions to the jury and asked them to make a narrative statement of the circumstances of the Deceased’s death on a balance of probabilities. The jury answered the questions put to them by saying that he had a history of mental health issues and that on a balance of probabilities he intended fatally to hang himself and that increased vigilance would not have prevented his death.

Proceedings before the Lower Courts

The appellant began judicial review proceedings claiming that the jury’s conclusion was unlawful arguing that the Coroner was wrong to direct the civil standard of proof when considering suicide. The Divisional Court dismissed the application, holding that the standard of proof for short form and narrative conclusions of suicide was the civil standard. The Court of Appeal upheld the Divisional Court’s judgment, but additionally held (bound as it was by the earlier decision in R v HM Coroner for Wolverhampton Ex p McCurbin [1990] 1 W.L.R. 719) that the criminal standard applied to unlawful killing.

(2) Two elements must be established before suicide can be found: it must be shown that the deceased took his own life and that he intended to kill himself. There is a body of case law to the effect that conclusions of suicide and unlawful killing should be reached on the criminal standard e.g. R v HM Coroner for Dyfed, Ex p Evans, (unreported) Divisional Court, 24 May 1984; R v Coroner for North Northumberland, Ex p Armstrong (1987) 151 JP 773; R v Inner South London Coroner, Ex p Kendall [1988] 1 WLR 1186; R v Wolverhampton Coroner, Ex p McCurbin [1990] 1 WLR 719 and in R (Sreedharan) v HM Coroner for the County of Greater Manchester [2013] EWCA Civ 181; [2013] Med LR 89.

(3) Coronial proceedings are not criminal proceedings. The Coroners (Inquests) Rules 2013 contain a Form which must be used to record the result of an inquest (“the Record of Inquest”). Note (iii) to this Form explains that the standard of proof for short form conclusions of suicide and unlawful killing is the criminal standard and that for other conclusions the civil standard applies.

(5) The Ministry of Justice (“the MoJ”) consulted on the Rules in draft. The MoJ’s response document explained that case law had established the standard of proof and the Rules could not change the law. The UKSC determined that that response is relevant to interpreting Note (iii) and shows that Parliament did not intend to change or codify the law as it understood it to be. A footnote can lay down a new legal rule (Hunt v R M Douglas (Roofing) [1990] 1 AC 398) but the circumstances of that case were very different. The contrary result in this case would contravene the established constitutional drafting conventions. On its true interpretation, Note (iii) did not take away the power of the courts to develop the common law.

(6) The legal principle is clear, and it is that in civil proceedings the civil standard of proof should apply.

(7) The standard of proof for short-form and narrative conclusions of suicide should be the same to avoid internal inconsistency and an unprincipled system of fact-finding. Such a system would not meet the standards of a modern, principled legal system.

(8) The civil standard of proof applies to both short form and narrative conclusions of suicide.

(9) If a criminal standard of proof is required, suicide is likely to be under-recorded.

(10) Societal attitudes to suicide have changed and the role of inquests has developed to be concerned with the investigation of deaths, not criminal justice.

(12) The civil standard of proof also applies to determinations of unlawful killing.

Lord Carnwath delivered a judgment agreeing with Lady Arden and Lord Wilson, but without reliance on the MoJ preparatory materials to the 2013 Rules.

Lord Kerr (with whom Lord Reed agreed) delivered a powerful dissenting judgment, holding that the meaning of Note (iii) was clear:

“Once the 2013 Rules were enacted, therefore, the common law rule that proof to the criminal standard was required for a verdict of suicide or unlawful killing, was given statutory force. It became a statutory rule. And it could only cease to have force and effect by the enactment of a statutory provision amending or abolishing it”.

It was “not open to the courts to disapply what is unambiguous statutory language”.

Further, “It would be ironic, to say the least, that Note (iii) which, on its face, decrees that verdicts of suicide and unlawful killing should only be returned if proof of them measures up to the criminal standard, proved to be the instrument of the abolition of this traditional rule”.

In addition, Lord Kerr held that there was nothing incongruous about requiring a higher standard of proof for a particularly serious short-form conclusion (such as suicide or unlawful killing) than that needed for a narrative conclusion:

“A narrative statement recounts the salient evidence and circumstances. In the case of unlawful killing and suicide it should not purport to constitute a final conclusion on the evidence unless the coroner or the jury has become convinced beyond reasonable doubt that it is justified”.

The essence of this UKSC judgment is that given coronial proceedings are inquisitorial civil proceedings to establish facts about a death, then there must be internal consistency between the form of any particular conclusion (short form or narrative) and the standard of proof required of its content. The ruling sets aside a considerable body of caselaw and substitutes the civil standard of proof across all causes of death and types of conclusion.

In almost any discussion about the standard of proof on a particular issue, accompanying thought is usually given to where the burden of proof lies to satisfy that standard. What that standard should be depends not only on the nature of the proceedings but where the burden rests on a particular issue. Of course, (as Lord Lane in R v South London Coroner, Ex P Thompson (1982) 126 SJ 625 reminds us) there are no such considerations at an inquest, since there are no litigants, no pleadings or indictment, and no trial. The proceedings are inquisitorial and non-adversarial.

That being so, one might be forgiven for wondering why, in determining an issue concerning only the requisite standard of proof, the majority in the UKSC felt obliged to observe that “the principle is clear and it is that in civil proceedings the civil standard of proof should apply” and that “to hold that a criminal standard applies is out of line not only with narrative conclusions but also with the principle applying to civil proceedings generally”.

The majority appear to have proceeded on the assumption that coronial proceedings are civil proceedings. The minority disagreed. Lord Kerr noted that inquests are sui generis proceedings with their own rules of procedure; given their unique nature it was not surprising that some issues were susceptible to differing standards of proof.

Such remarks are likely to fuel an ongoing debate amongst coroners and practitioners about precisely which side of the inquisitorial/adversarial line inquests should fall.

Resolution of this debate has real practical importance when it comes to policy issues concerning funding and equality of arms, scope, findings, and costs.

There is a widely accepted view that whilst inquests are, in theory, inquisitorial, in practice they are adversarial; invariably properly interested persons compete and contest before the coroner for different factual versions of the truth.

Whilst the UKSC appears to have regularised what it thought was an internal incongruity between narrative and short form conclusions, this wider practical incongruity remains.

Whilst the conclusion of a coroner or jury is strictly inadmissible as to the truth of its contents in later proceedings (Hollington v F. Hewthorn & Co Ltd [1943] KB 587; see too Daniel v St Georges Healthcare NHS Trust & Anor [2016] EWHC 23 (QB) at [§40]), coronial conclusions have practical significance for litigants.

In this context, the majority in the UKSC recognised (but did not elaborate on) how a coronial conclusion of suicide may have real practical significance in terms of the loss of employee and other benefits, such as the proceeds of life insurance. There is no other way of construing this decision as anything other than a ‘win’ for life insurers.

A final thought relates to the rider of neglect (particularly in the field of healthcare). In many cases this rider is left to the jury/coroner where there is a subsisting duty of care at common law. The similarity between the legal tests for neglect and unlawful killing (by reason of gross negligence manslaughter) was confoundingly problematic for juries, especially where both issues were subject to differing standards of proof (no doubt in many cases leading to the application of limb 2 of Galbraith plus to exclude one or other of those conclusions from the jury; see R v Inner South London Coroner ex p Douglas-Williams [1999] 1 All ER); but of course, in practice, the differing standards of proof would invariably mean that only neglect was capable of being left to the jury on the evidence (applying limb 1 of Galbraith plus). The effect of this recent decision has not made this issue any easier. If there is a sufficiency of evidence (on the balance of probabilities) for the jury to return a rider of neglect, that same evidence may also suffice for a conclusion of unlawful killing (gross negligence manslaughter) to be left – but should both be left or just one; and if so, which one?

As with all landmark decisions of this kind, the ramifications are yet to be fully understood, but we can be confident, probably beyond all reasonable doubt, they will be felt. 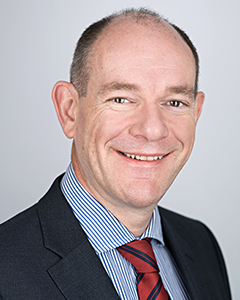