Second six is when your career as a barrister begins in earnest. It’s when the legal rules and principles you have spent years learning are finally put into practice in a court setting.

I found being on my feet to be one of the most enjoyable parts of pupillage. While the prospect of appearing in front a judge for the first time was daunting, Chambers did everything possible to make sure that I was ready for court. During my first six, I was encouraged to attend court with a member of chambers at least twice a week. This was an opportunity not only to see senior barristers engage in advocacy at the highest level (I was fortunate to spend a few days in the Supreme Court), but also to shadow junior members of chambers and see the kind of work I would be doing once I was on my feet. Chambers also organised a mock trial for the pupils before the start of second six. This was a chance to get valuable feedback on my advocacy and court style before doing the real thing.

Going to court was also made easier by the huge network of support in Chambers. A few weeks before the start of second six the most junior members of Chambers took me and my fellow pupils through what to expect and how to be best prepared for what was coming. Once I was on my feet, I knew there was always someone I could call to field my panicked questions about some problem that might spring up at the last minute before trial.

Pupils will usually be in court two to three times a week during their second six. They can expect to see a wide range of work, appearing for Claimants and Defendants in small claim and fast track trials, as well as dealing with applications, directions hearings, case management conferences and even the odd permission to appeal. This breadth and level of work is a good primer for a barrister’s first year of tenancy in Chambers.

Although a good deal of second six is spent going to court, I continued doing written work for members of Chambers as well as for my supervisors during this period. This was an opportunity to work with senior barristers on high value claims often involving complex legal and factual issues. I also saw it as a chance to gain experience in the many different areas of law Chambers specialises in, such as travel, disease, clinical negligence and employment law. The work I did during this time helped me work out the areas I hoped to develop my practice in after I was taken on as a tenant. 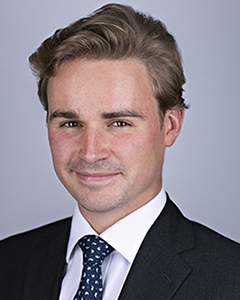