During pupillage and the first year of tenancy, I went to court almost every day and appeared at hearings in low value civil cases in courts all over the country. This was great fun and I learned a huge amount from it. Now I rarely go to court and most of my work is done from my room in chambers.

I act in international group claims, in particular those brought against UK multinationals and the Government. I have represented victims of harm such as torture, assault, sexual mistreatment and mass environmental damage from countries all over the world including Kenya, Malawi, Zambia, Pakistan, Peru, and Brazil. In these cases I work with more senior barristers in teams of two, three or more. They can take several years to resolve and sometimes involve arguments about jurisdiction, i.e. whether the England is the right place for the claims to be heard. Often, the law of the country where the harm took place will apply to the claim. This means that I spend a lot of my time learning about foreign law, which I really enjoy.

I also represent victims of industrial disease – in particular asbestos-related diseases such as mesothelioma. In these cases, I am usually the only barrister instructed and I often appear in the High Court to pursue their claims.

I came to the Bar because I wanted to carry out intellectually stimulating work in areas I cared about. I have had the support and freedom to achieve this at 12KBW. 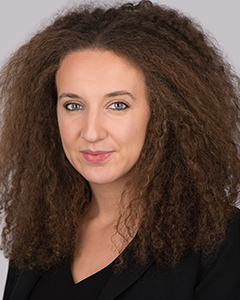