Rory Badenoch represented the family of Petra Salova at the inquest in to her death at University College London Hospital [“UCLH”] on 23rd December 2016 following treatment received at North Middlesex University Hospital [“NMHU”] between 4th and 21st December 2016.

Petra Salova, a 38-year-old fitness instructor, was 25 weeks pregnant with her second child when she was admitted to North Middlesex Hospital Maternity Triage on 04/12/2016 complaining of a persistent dry cough, vomiting, abdominal pain, diarrhoea and a history of weight loss over the previous 3 weeks.

A catalogue of care and service delivery problems was identified in Petra’s treatment and management at NMUH between 4/12/16 and 21/12/16 which led to a delay in diagnosis of her stomach cancer. These included deficiencies in observations, planning, communication, oversight, investigation, interpretation of imaging, and diagnosis.

On 21/12/16 Petra was moved to ITU at UCLH where on the 22/12/16 she was stabilised and plans were made to deliver her baby by caesarean section.

The following day her condition deteriorated further and she was urgently prepped for caesarean section. Although the anaesthetist in charge considered it likely that Petra would die during the procedure, neither Petra nor her husband was informed of the fact or the gravity of that risk.

Caesarean Section under general anaesthesia was performed on 23/12/2016 at 27+5 weeks’ gestation. During the anaesthetic induction Petra went into cardiac arrest.

Her daughter was delivered at 15:21 and passed alive to the assembled neonatal team, but Petra was found to be in a non-shockable cardiac rhythm and could not be resuscitated.

The Post mortem confirmed that Petra was suffering from an aggressive and terminal form of cancer, and that following her admission she was in rapid and progressive decline as a result of this malignancy.

However the issues for the Coroner to decide, as with all inquests of this type, included not merely whether the cause of death was cancer and/or cardiac arrest precipitated by anaesthesia and/or surgery, nor whether the patient would eventually have died from her cancer one year, one month, one week or even one day after the actual date of death, which was 23/12/16, but also whether she would have died on that day if she had received appropriate treatment and timely diagnosis (i.e. whether the admitted delays caused or contributed to her death on that day).

Findings by the Coroner:

In her conclusion, the learned coroner made a number of significant criticisms of the care Petra received at NMUH, namely:

Coroner Hassell held that all of these factors contributed to a delay in diagnosis. However she was unable to say which was the more important and concluded that they were all relevant.

She then posed the question, what difference would a timely diagnosis have made? But for these failings would Petra have died on the day she did (not a year, a month, a week or even a day later)?

The Coroner stated that the administration of the anaesthetic (which exacerbated Petra’s pre-existing condition leading to cardiac arrest) was nothing more than a trigger here, but it was only a trigger because by the time Petra underwent the c-section she was so very poorly.

What was significant was that the c-section was delayed. The Coroner accepted that a week of two is a short period of time in the life of a cancer. Nevertheless taking all of the evidence into account the identified delay in diagnosis was crucial in terms of Petra’s ability to withstand the anaesthetic and c-section.

In short the delay took her from being unwell, but with some reserves of energy, to having no reserves and being too unwell to withstand the surgery.

Petra had a paraneoplastic condition that was rapidly progressing, and her performance status was in progressive decline following her admission. In the premises, in terms of treatment and prognosis, time was of the essence.

Coroner Hassell found that the delay in diagnosis materially affected Petra’s ability to get to and benefit from chemotherapy, and that if she had been diagnosed appropriately and without delay she would have survived surgery and would have undergone that treatment.

Whilst she was unable to say precisely how long Petra would have survived, she found that early c-section and chemotherapy might well have resulted in a few months more of life and whilst that may not seem like much it would have made a great deal to Petra and her family. [It is of supreme relevance and importance that Petra would in that event have had the opportunity to know and to hold her baby and to enjoy some precious time with her before she died].

Finally, although it was not a causative factor the Coroner stated that it was a great shame that Petra and her family did not know of the very serious nature of what she was getting into that last day when she went in to surgery. She was not given the information she needed regarding the severity of her situation prior to undergoing surgery, and that denied her the opportunity to have important conversations with her loved ones.

A narrative conclusion was handed down as follows:

Petra Salova died from stomach cancer that was a natural cause. However there was a failure promptly to recognise and appropriately to treat her cancer which resulted in death several months before it would have occurred. 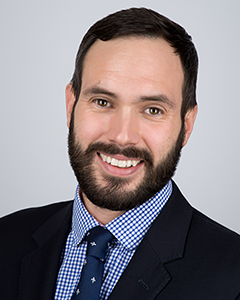