Following a 15 day trial before Thirlwall LJ (as she now is; she was promoted to the Court of Appeal during the course of the hearing) the Ministry of Justice was found liable for prolonging a disciplinary investigation and accompanying suspension against the Claimant prison officer.

These failings were found to have caused the premature termination of the Claimant’s career.  He was awarded over £286,000.  Damages were calculated applying the 0-75% discount rate notwithstanding that the change in rate only came into effect between the trial itself and the reserved judgment.

Andrew Roy and Vanessa Cashman instructed by Anthony Gold acted for the Claimant.

The Claimant was employed as a prison officer at HMP Downview, which housed only female inmates, Surrey Police began investigating the prison in 2009, under Operation Daimler, following revelations of endemic corruption and sexual misconduct within the prison. The Claimant was implicated in various allegations of sexual misconduct made by a serving prisoner. One complaint, made in 2009, concerned an allegation that the Claimant had slapped the prisoner’s buttocks (although an investigation into this by the Defendant in 2009 had found no case to answer). The same inmate later alleged that he raped her.

As a result of these allegations, the police in February 2010 executed a search warrant on the Claimant’s home.  The Defendant simultaneously suspended him from work. The Claimant remained suspended until the Defendant had concluded its disciplinary hearing against him in June 2012. This was despite the fact that the Claimant was told in September 2010 that no criminal charges would be brought against him. By the time disciplinary action concluded, with the charges against the Claimant being again dismissed, he was suffering from depression and was unfit to return to work. He was dismissed due to ill health at the end of May 2013.

The Claimant alleged that the Defendant was liable for:

The Defendant denied these allegations. Further, it contended that the Claimant was guilty of the misconduct alleged, as well as many other instances of a serious misconduct, and therefore was precluded from recovering damages in any event.

The length of the trial, and of the proceedings in general (they occupied 34 Court days since they were issued in March 2013), was to a large degree a result of the Defendant’s mounting a wide ranging attack on the Claimant as opposed to defending the claim on more orthodox grounds (although it did that as well; every element of breach, causation and quantum was fiercely disputed).

In an 83 page judgment handed down on 21 July 2017, Thirlwall LJ comprehensively rejected the Defendant’s allegations of misconduct.  She found that some of them, including the allegation of rape, should never have been pursued.

On liability, the judge held that the Defendant was in breach for delaying the disciplinary investigation and thus prolonging the suspension (she found no breach in respect of any earlier failures). She found that the reasons given for the delay were unjustified and there was no consideration of its effect on the Claimant’s health. The judge held that the disciplinary investigation should have concluded by May 2011, at which point the Claimant’s suspension should have been lifted. She found that, had this occurred the Claimant would have recovered from his illness and returned to work by May 2012.

The trial itself concluded in December 2016.  Judgment was not delivered until July, having been circulated in draft in June.  The discount rate changed in the interim from 2.5% to -0.75% on 20 March 2017.  The Claimant filed supplementary submissions arguing that the new rate should apply.  The Defendant argued that the old rate should apply.  The Court at [222-228] roundly rejected the Defendant’s arguments and applied the new rate.

For the Legal Futures article see here, and for full judgment see here.

A further reserved judgment on costs and consequential orders (including the impact of the change in the discount rate with regard to Part 36 offers) is awaited. 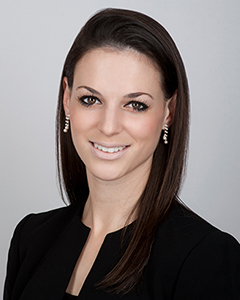