The current instalment in the long-standing, bitterly disputed and highly publicised case of Joy v Joy has ended with Sir Peter Singer, sitting as a High Court judge, dismissing the husband’s (“H”) application to reduce drastically the £120,000 a year he was ordered to pay his ex-wife (represented by Daniel Sokol) in spousal maintenance.

H, who in May 2013 estimated the value of the New Huerto Trust (which he established in 2002) to be £70 million, claimed he had been excluded as a beneficiary of the Trust and that he did not have enough money to pay spousal maintenance.  H, who is an aficionado of luxury cars and lives in a chateau in the South of France, was represented by a senior silk, a junior barrister and a partner from a specialist firm of solicitors, although he claimed he had not paid any of his lawyers for the last 2 years.

In a judgment spanning 91 paragraphs, Sir Peter Singer, who in his August 2015 judgment referred to H’s ‘blatant dishonesty in relation to these proceedings’ and to the case presented by H and the Trustee of the New Huerto Trust as a ‘rotten edifice founded on concealment and misrepresentation […] a sham, a charade, bogus, spurious and contrived’, remained unpersuaded that H ‘faces the current and seemingly continuing dilemma he depicts’.

Sir Peter Singer commented on H’s ‘propensity to close his eyes to the consequences of his actions, and sometimes of his evidence, and to remain deaf to adverse findings by the court’ and the ‘total lack of H’s transparency in relation to the genesis of the SCo arrangements [i.e., H’s current employment arrangements]’.  The judge repeated his view that ‘H’s apparent difficulties will be resolved at some point’.

In a complex case in which each party has incurred eye-wateringly high legal costs, the hearing was notable in the Court’s decision to hold an abbreviated hearing for H’s variation application, with each party granted a half day for oral submissions to supplement written submissions.

Reviewing several key cases, Sir Peter Singer adopted the concept of a ‘magnetic factor’ – a factor which in a particular case has decisive influence – from financial remedy cases and applied it to variation applications. 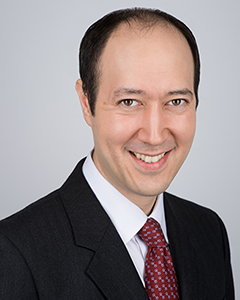