Judgment has been handed down in Martini and Zeqo v Royal Sun Alliance and others [2022] EWHC 33 (QB), a claim for personal injury arising out a serious multi-vehicle collision which occurred on the M20 motorway in October 2015.  Anna Symington successfully represented the Second Defendant insurer AXA Corporate Solutions in a 4-day High Court trial at the Royal Courts of Justice.

The collision, which occurred at night on an unlit carriageway, involved five vehicles in three phases:

First, the driver of a Fiat van, having fallen asleep at the wheel, hit the rear of a Mercedes HGV, sustaining heavy damage, and ending up stranded in the middle lane of the 3-lane motorway.

Second, a Scania HGV, approaching the collision site in lane 1, was forced to move into lane 3 to avoid the Fiat. Unfortunately, this put the Scania directly in the path of the Claimants’ Audi. In attempting to avoid the Scania, the Audi struck the Fiat and the Scania and came to rest in the middle lane. The Claimants exited the Audi and moved to the grass verge beside the hard shoulder.

Third, a Vauxhall van initially approaching the scene in lane 1 moved into lane 2, hitting the Fiat before spinning across the carriageway and onto the grass verge where the Claimants were standing, and colliding with the Claimant pedestrians. The two Claimants and the two occupants of the Vauxhall van suffered injuries. In respect of those injuries, the driver of the Fiat was later convicted of four counts of causing serious injury by dangerous driving.

The judge summarises the parties’ cases at paras 39-41 of his judgment. D1 was the “primary target” of the Claimants’ claims. D1’s case was that although their insured driver had been negligent, his negligent driving was not an ‘operative legal cause’ of any of the subsequent collisions.

At the outset of trial, therefore, D1’s case was that the negligent driving of D2 and D3’s insured each constituted a novus actus interveniens. Counsel for D2 and D3 contended that, by virtue of the convictions for causing serious injury by dangerous driving, the argument was untenable. Section 11 of the Civil Evidence Act provides:

Therefore, in light of D1’s conviction, and given the absence of any new evidence in support of D1’s case, Anna Symington of behalf of D2 argued that the Court “must conclude” that the driver of the Fiat was liable for the Claimants’ injuries. Ultimately the Court did not draw any conclusion since, by the conclusion of the oral evidence, D1 had abandoned the novus actus argument, essentially conceding liability but continuing to seek a contribution from D2 and D3 respectively (para 45).

Both of the Claimants gave oral evidence which was largely unchallenged. There was no other live lay witness evidence but four of the parties adduced expert accident reconstruction evidence.

As the court notes (at para 68), the injuries of D2’s insured were so serious that he was unconscious for several minutes, after being in extreme pain, and his last recollection of his journey on that day was some minutes before he approached the accident scene. In those circumstances, the expert evidence was critical to resolving the issues relevant to D2 and D3’s liability

The issues and the court’s findings on liability

Those issues centred on the reasonableness or otherwise of the drivers’ actions in the moments between becoming aware of the scene they were approaching and the collisions occurring. Securing a resolution of these issues in D2 and D3’s favour therefore relied on skilful handling of the opposing accident reconstruction evidence. In this regard, the court’s judgment records (para 75) that Anna Symington explored the relevant issues in “impressive forensic detail with the experts”.

The primary allegations of negligence against D3’s insured (C1) were that he should have seen the Scania much earlier and been ‘on notice’ that “something was happening”. Had he done so, he would have had more time to react to its emergence into lane 3 and he could have responded in a more measured way with firm braking rather than the swerve which brought him into collision with the Fiat (and then the Scania). His failure to do so was a result of not keeping a proper lookout and his decision to swerve was risky and dangerous (para 61).

The judge did not accept these arguments (para 65), finding instead that the Scania’s movement into lane 3 was likely rapid and unexpected. C1 would likely have had only 5 seconds in which to react and avoid a collision. The time needed to brake and avoid the Scania without swerving was more likely longer than that. Therefore, whilst it may have been possible to avoid the Scania without swerving, more likely it would not have been possible. In this context, C1’s decision to swerve cannot be criticised.

In relation to the general approach to accident reconstruction in claims such as this, the court noted:

“In my judgment, it is not appropriate for the Court to engage in a fine-grained mathematical calculus, on the basis of imperfect information, doubtful assumptions, and with the benefit of hindsight, in order to assess the liability in negligence of the motorist in the present context. There is no sufficient basis for me to find negligence [on the part of C1 / D3].” – paragraph 66 (vi)

In respect of D2’s insured, Counsel for D1 submitted that he could have avoided a collision by taking one or more precautionary steps as far back as 200m away from the accident scene. These steps were: illuminating his main beam headlights, slowing down, moving into lane 2 and then lane 3 and/or remaining in lane 1 but at a slower speed. There was some support in the experts’ joint report for the proposition that, if all these steps had been taken, the chances of avoiding a collision would have been improved (para 79).

However, in line with closing submissions advanced on behalf of D2 following the conclusion of the oral evidence, the judge rejected these arguments (para 80). In particular, the judge did not consider that D2’s insured was negligent in deciding not to slow down, utilise his main beam headlights or move into lane 2 at an earlier point in time. The judge declined to make any finding that the actions he did take were negligent. Accordingly, liability for the accident rested with D1 alone (para 82).

This decision is notable in comparison to most RTA claims for the multiplicity of parties and vehicles involved, and the correspondingly high number of expert witnesses at trial. In the absence of lay witness and physical evidence, the ability to marshal the expert evidence from various sources into a cogent defence to the allegations of negligence was critical to securing a favourable finding at trial.

Further whilst this was a QOCS case, not only was liability for the accident avoided, but since the Claimants’ claims were nevertheless successful (subject to a quantum assessment), the Second Defendant’s costs will be recoverable, and will be paid by the unsuccessful defendant.

Anna Symington of chambers appeared on behalf of the Second Defendant.  Anna was instructed by Rachel Moore and Shairin Mohamed of Kennedys.  The full judgment can be found here. 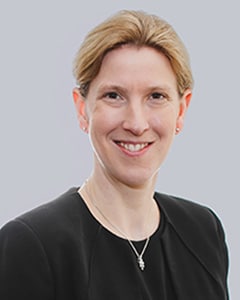