Arun Katyar appeared for the Defendants, obtaining exemplary damages against a Claimant who had been in 19 previous road traffic accidents.

The claim arose from a road traffic accident between the Claimant and the First Defendant’s driver on the M1.

The Claimant made a claim for PSLA and special damages alleging a genuine and straightforward rear end collision. The Defendant initially put the Claimant to strict proof and alleged suspicion the accident was induced. At that stage it did not allege fraud, as its investigations were ongoing. The Defendant subsequently introduced a counterclaim, including a claim for exemplary damages. Following this the Claimant, who remained legally represented, served a Reply to Defence. He maintained this was a genuine accident caused by the Defendant’s negligence, yet on the same day discontinued his claim.

The Defendant positively averred the claim was fraudulent, by way of an amended Defence and Counterclaim. The Claimant failed to serve a Witness Statement and was therefore debarred from giving evidence without further order.  In the event, and despite continuing to play an active role in proceedings, he failed to attend nor was he represented at trial. After ensuring that the Claimant had been properly notified of the hearing, the learned judge ordered that the trial continue in his absence.

Applying the civil standard of proof (with reference to Re H Minors [1996] AC 563), the judge found that the accident had been induced by the Claimant and that the claim was not genuine. This was on the basis that:-

Significantly, the judge noted that the Claimant had been directly involved in 19 previous road traffic accidents. These included many multiple occupancy claims as well as several other accidents that appeared to have been deliberately induced. The Claimant had also repeatedly provided subtle variations in his name, addresses and on one occasion a different National Insurance number and date of birth.

His Honour concluded that the Claimant had sought to profit from this tort. As such the case fell within the second category of the distillation of exemplary damages found in Rookes v. Barnard [1964] UKHL 1.  His Honour held the award should be proportionate to the amount in issue.  As the claim had been limited to £10,000, he found that an award for £5,000 would be appropriate for exemplary damages.

The judge also awarded the Defendant the damages sought in its Counterclaim, and made a finding of fundamental dishonesty. He also allowed an amendment to add the motor insurer as a Claimant on the counterclaim, after an application was made at trial. The insurer was awarded the sum of £1,000 for additional costs incurred investigating the fraud.

Costs were awarded on the indemnity bases. 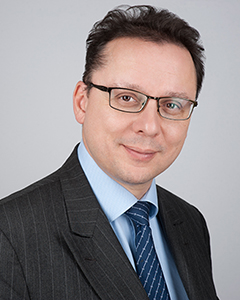