Success for Carolyn D’Souza in the Tribunal whistleblowing case of Samad v. Felicity J Lord. Arising out of allegations of misrepresentation of estate agency market share on the Rightmove online platform, and following a 2 week contested hearing at the East London Employment Tribunal, Mr. Samad has succeeded in his claim of whistleblowing detriment and unfair dismissal.  The case now proceeds to a remedy hearing.

Carolyn D’Souza successfully represented the Claimant in a claim for protected disclosure detriment contrary to s.47B Employment Rights Act 1996 (ERA) before the Employment Tribunal. The judgment and reasoning of the Tribunal serves as a useful illustration of how to approach whistleblowing cases.

The Claimant was an employee of the estate and letting agency Felicity J Lord (“FJL”), one of a number of companies that collectively made up the First Respondent. Three further Respondents were attached to the claim, all of whom were senior employees of Felicity J Lord.

Before resigning from the company, the Claimant had risen through the ranks to become the Senior Branch Manager at the First Respondent’s Bow office. As is typical in the property sector, the Claimant would receive a bonus calculated on the number of homes he sold. In the summer of 2014, suspicions were raised that the Claimant had received unusually high commission payments. MR, the Claimant’s line manager, believed that the Claimant was claiming commission to which he was not entitled, by changing the name of the salesman involved in several transactions to his own. Subsequently, the First Respondent initiated an investigation into potential gross misconduct and disciplinary proceedings were commenced.

The Claimant, a Muslim of Asian heritage, argued that:-

Following his resignation, the Claimant brought several claims against the First Respondent: (1) direct discrimination because of race and/or religion or belief, (2) victimisation, (3) whistleblowing detriment, (4) constructive dismissal (both ordinary and/or by reason of a protected disclosure), (5) breach of contract, and (6) unauthorised deduction from wages.

The claim for whistleblowing detriment related to the following two allegedly protected disclosures made to the First Respondent:

S.43B ERA confirms that for a disclosure to be protected it must be made in the reasonable belief that it tends to show an individual’s failure or likely failure to comply with a legal obligation[2], and in the reasonable belief that the disclosure is in the public interest.  S.47B ERA establishes that a worker should not suffer any detriment from his employer on the ground that he has made a protected disclosure.

It was held that Claimant did suffer a whistleblowing detriment and that the conduct of the employer amounted to a repudiatory breach of contract. The remaining five claims failed and were dismissed.

The Tribunal found that the Claimant made the discrimination disclosure/allegation in an “attack is the best form of defence” response to the disciplinary proceedings. The Tribunal held that the allegations were false and had been made in bad faith. The claim for protected disclosure detriment failed under this heading because the Claimant’s allegations were made in the knowledge that they were untrue; thus the reasonable belief requirement was absent.

The Tribunal accepted on the evidence that:-

The accepted detriments were:

As such, the four whistleblowing hurdles were cleared and the claim for protected disclosure detriment was successful.

This case illustrates a number of practical points of interest for lawyers. Firstly, there is no need to show that a whistleblower knew which specific legal obligation his or her employer had breached. In this case, applying Western Union, the legal obligation engaged was found to  be obvious.  Secondly, the fact that there may not have actually been a breach of legal obligation is not determinative. A reasonable belief in a disclosure that tended to show a failure to comply with an obligation is sufficient. Finally, in assessing what is reasonable, the courts will consider what an objectively reasonable worker in that Claimant’s position would believe. A knowingly false disclosure is afforded no protection under the ERA. 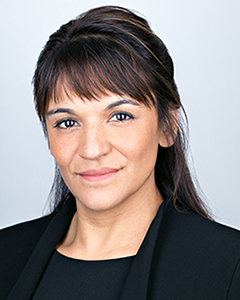 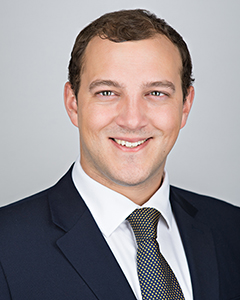