A copy of the judgment can be found here.

Occupiers don’t have to grit every car park, and slipping on ice outdoors does not mean that something has gone wrong.

Mr Cook, aged 78, slipped on ice in a small open-air car park in a suburb of Swansea and fractured his ankle.  He sued the local authority as the operator and occupier of the car park, saying that the car park should have been gritted, but he lost at trial and on appeal. Cook is a useful example of the Court of Appeal displaying common sense in dealing with the standard of care and also with causation in such cases.

The defendant did not grit unstaffed car parks unless there were complaints about the condition of a car park. Its staffed car parks (multi-storey, and park and ride) were gritted as necessary in bad weather.  The main question on liability was whether a system that relied on complaints from members of the public to prompt gritting of a car park was enough to discharge the common duty of care, or whether for example staff visiting the car park to issue tickets or to collect money should have been tasked with reporting any need for gritting. The main question on causation was whether such a system would have prevented the accident.

On the day of the accident, the defendant had sent out its gritters in the early hours to treat carriageways under its highways winter maintenance plan – overnight rain meant that any earlier gritting would have been ineffective.  Ice developed between midnight and the time of the accident at 10.30am, said the judge.  The defendant argued that its winter highways policy did not extend to gritting more than 43% of its carriageways, and no footways, and so it would be a strange use of resources to grit as a matter of routine small unstaffed car parks. The judge accepted that precautionary gritting of unstaffed car parks was not required under the OLA, that it would not be possible to get gritting lorries into this car park, and that closing car parks in wintry weather would be an over-reaction even if it was feasible.

The judge said that there was no breach of duty in having the system that the defendant did.  Some later comments he made that further steps could have been taken, said the Court of Appeal, did not amount to a finding that these steps should have been taken or that the local authority was in breach of duty for not taking them.  The Court of Appeal referred with approval to the arguments run at trial and on appeal by the defendant relating to the approach of Tomlinson v Congleton BC in the House of Lords, about the need to consider the risk of injury, the seriousness of injury, the social value of the activity, and the cost of preventative measures, and how the points under each heading were in favour of the defendant not being liable.  Ice is an obvious hazard in winter for people to expect and protect themselves against, for instance, and in circumstances where there had been no similar reported accidents it would be going too far to say that the defendant should have done more.

Even if it had been required to do more, the appeal on causation relied on a chain of events happening that the Court of Appeal said was “inherently implausible”: an employee attending the car park early on the day of the accident to issue penalty tickets or collect money from the machines; the employee deciding to report the conditions as hazardous; the defendant deciding in response to arrange for gritting by hand to take place; and grit to have been applied before 10.30am, when the claimant fell.   Although the claimant tried to shift the burden of proof onto the defendant in relation to the accident, the Court of Appeal was having none of it.  The argument was that ice in a car park was analogous to yoghurt on a supermarket floor and so under the principles of Ward v Tesco something had obviously gone wrong, meaning that the duty was on the defendant to show that the accident would have happened in any event.  The Court of Appeal again upheld the trial judge on this – as he said, “it cannot seriously be said that something must have gone wrong to explain the presence of ice on the ground in December”.  The appeal failed on all points.

Of all the specialisms I thought I might develop at the bar, “local authority liability towards retired gentlemen who slip on ice in Swansea” wasn’t one I ever envisaged developing, but now I can add Cook to a Court of Appeal decision six years ago, where the same trial judge’s decision in favour of an injured 67-year-old man who slipped on ice on a pavement in Swansea city centre was overturned (Fernquest v City and County of Swansea [2011] EWCA Civ 1712) – the Court of Appeal concluding that bus companies do not have to warn passengers when they embark about the state of the pavements at their destination.  We await with interest to see whether the adverse weather of 2017/18 in Swansea leads to further appellate litigation, and whether claimants will get the same frosty reception. 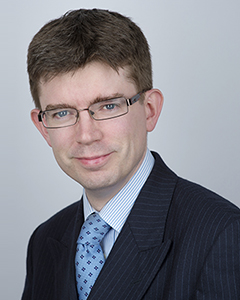