The first discount rate set under the new scheme mandated by s10 of the Civil Liability Act 2018 has been set at -0.25% with effect from Monday 5th August 2019.

Although higher than the -0.75% rate set in 2017, the new rate has been greeted with a degree of surprise on both sides, relief by claimants and dismay by defendants and insurers. It was widely expected that the new rate would be between 0.5% and 1%: another negative rate came as a surprise to most experienced personal injury litigators.

After 2017’s shock drop to -0.75%, parliament and the Lord Chancellor determined an amended, and more structured, process by which the rate should be set. Although the objective remains the same – no less, but also no more, than 100% compensation for the injured Claimant – the Lord Chancellor now has particular assumptions imposed by the legislation when finding that rate:

He must additionally have regard to:

These assumptions were a modest but significant departure from the rationale that Claimants should only have to accept the very lowest level of risk available on the investment market, measured by a three year rolling average of Index Linked Government Stock (ILGS).

This rationale, set out in Wells v Wells [1999] AC 345 and followed in discount rate decisions since then, was what caused the -0.75% rate in 2017. Although the former 2.5% rate was sound when set in 2001, the global financial crisis of the late 2000s meant ILGS returns had been outstripped by inflation for nearly a decade before the rate was revised.

The new system for setting the discount rate was set after universal outcry from the insurance sector, and was designed to meet the objection that the -0.75% rate would overcompensate Claimants.

How did the Lord Chancellor arrive at this rate?

All this begs the question: why are Claimants smiling, and insurers frowning, now that the new system has been implemented?

The Lord Chancellor’s full reasons were published late in the morning of 15 July 2019, and are revealing. He sets out a stepped approach, based on the assessment of the Government Actuary:

The “margin of prudence”

The answer to that question is in the next part of the Lord Chancellor’s reasoning. He concludes that a rate of +0.25% “would result in an even (50:50) risk of claimants being under or over-compensated”, which follows from the preceding analysis. However, he then says that this is “a starting point, rather than an end point”, and that “I consider that a rate of plus 0.25% would run too high a risk of under-compensating claimants”: at this rate a claimant has only a 50% chance of being fully compensated, and a 65% chance of receiving at least 90% of their compensation.

The Lord Chancellor therefore applies a further alteration to the rate: what a Claimant may consider to be a form of contingency provision, but which Defendants and insurers might equally label putting his finger on the scales. After considering both 0% and -0.25%, he notes that at 0.25%, the median Claimant “has approximately a two-thirds chance of receiving full compensation and a 78% chance of receiving at least 90% compensation”.

It is of interest to note that the Lord Chancellor rejected the idea of setting a dual rate (i.e. different discount rates for shorter and longer periods of loss) this time, but found the idea “interesting” and has suggested that he (or his successor) will re-visit that possibility on the next review.

Even before the full reasons were published, the insurance industry expressed its disappointment with the new rate: Huw Evans, Director General of the ABI, commented that “This is a bad outcome for insurance customers and taxpayers that will add costs rather than save customers money. A negative rate maintains the fiction that a claimant and their representatives will knowingly choose to invest their damages in a way that would guarantee losing them money”.

Mr Evans’s reaction (given before the full reasons were published) perhaps misses the point about the assumptions on Claimants’ appetite for investment risk, which are hard-wired into the new regime. But he and they are sure to be even more put out by a discount rate which expressly departs from the well-worn principle that Claimants should neither be over- nor under-compensated.

It is early days to be making predictions, but the ABI has not shied away from judicially reviewing a previous Lord Chancellors over the discount rate; although unsuccessful on that occasion, it would be unwise to bet against them trying again, since – on one view – the Lord Chancellor has driven a coach and horses through the full compensation principle. 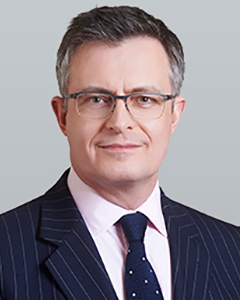 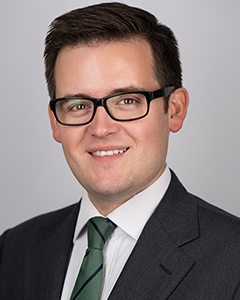