Victory for Andrew Hogarth QC in the Employment Tribunal

Andrew Hogarth QC represented Mr Weerasinghe in his successful disability discrimination claim against Basildon and Thurrock University NHS Trust.  Mr Weerasinghe was cardiac surgeon who had been dismissed by the Trust in 2013. He succeeded in his claim for disability discrimination. The East London Employment Tribunal had then to consider his substantial claim for compensation. Although the final figures involved in the award have yet to be worked out the ET used a discount rate of 0% to calculate his future losses.

The familiar statutory discount rate, set by the Lord Chancellor under the Damages Act 1996 and recently reassessed at -0.75% for personal injury cases, does not apply to employment tribunal awards: the discount rate is “at large” and in the discretion of the tribunal. After hearing evidence from Dr Pollock, an actuary, the tribunal adopted a discount rate of 0%.

In their decision the tribunal record that this was the rate they had chosen to adopt even before the recent reduction in the discount rate introduced by the government.  Dr Pollock and the tribunal used a rate of 0% rather than the rate of return on Index Linked Government Stock (ILGS) – the basis of the statutory rate under the Damages Act – , which was in the order of -1%,.This was because a large part of the award was for pension losses, and the pension earned by NHS consultants rises in line with the consumer prices index rather than the retail prices index upon which the return on ILGS is based. The difference between the two rates is approximately 1%. 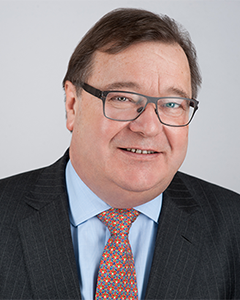