William Featherby QC, a fraud specialist, has acted for QBE and Network Rail in contempt of court proceedings which have resulted in a malingerer being jailed for three months.

Anthony Dermody, a former employee of Network Rail, claimed over £300,000 from Network Rail, exaggerating the extent of an allegedly crippling right thumb injury he sustained at work. For a period of about 3 years, he lied to medical experts and in pleadings and witness statements about the sequelae of his injury.

Network Rail applied to bring committal proceedings against Mr Dermody and his mother, after contradictory surveillance caused Mr Dermody to alter the claim, then abandon the claim altogether. He had put information on the internet which showed he was able to function much better than he had originally claimed. It turned out that he was the bass guitarist in a busy rock tribute band, ‘Guns or Roses’, and after the accident toured with the band around the UK and Europe. When confronted with this evidence of his attempted deception, he discontinued the original claim.

In granting permission for the contempt of court proceedings, Mr Justice Edis held that there was a strong prima facie case to show Mr Dermody deliberately fabricated his claim to increase its potential value (Network Rail v Dermody & Anor [2016] EWHC 2060 (QB)). He held that such conduct was “gravely damaging to the public interest” and that “fraud in personal injury litigation is a major impediment to the smooth running of the civil justice system, as well as serious crime”. Permission was also given for committal proceedings against Mr Dermody’s mother, who had signed a witness statement stating that following the accident Mr Dermody was unable to do any of the physical activities he had previously enjoyed.

Mr Dermody was subsequently found guilty of contempt of court, and sentenced on 2 May 2017 by His Honour Judge Main QC in the Queen’s Bench Division in Manchester. HHJ Main QC remarked that these actions were more serious than anti-social behaviour and considered this type of behaviour to force genuine claimants to have to jump through hurdles. HHJ Main QC mentioned the words of Moses LJ in South Wales Fire and Rescue Service v Smith [2011] EWHC 1749 (Admin): “…however easy it is to make false claims, either in relation to liability or in relation to compensation, if found out the consequences for those tempted to do so will be disastrous.” He said of Mr Dermody’s inflation of the claim “the problem is you have succumbed to the temptation of over-egging the pudding“.

William was instructed by Clare Garnett, a partner at BLM. 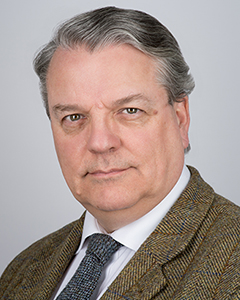