In a much-anticipated decision, the Supreme Court addresses the scope of an employer’s vicarious liability for acts by its employees, in particular the “misunderstandings” that have arisen since its previous landmark decision in Mohamud v WM Morrison Supermarkets plc [2016] UKSC 11.

The case arose from criminal acts by a disgruntled employee, Andrew Skelton, a senior internal IT auditor.

In order to carry out his role, Mr Skelton was a ‘super user’ meaning he had access to Morrisons’ database of employee personal information including names, addresses, dates of birth, phone numbers, NI numbers, bank sort codes, bank account numbers and salaries.

In January 2014, he uploaded the data onto a file-sharing website and later sent it to newspapers under the guise of a concerned member of the public. As part of an elaborate scheme, he used IP-blocking software and an untraceable mobile phone in an attempt to mask his identity. The newspapers did not publish the data but instead alerted Morrisons.

Mr Skelton’s motivation was found to have been an irrational grudge against his employer dating back to July 2013 when he was subject to disciplinary proceedings for minor misconduct. At that time, he had been using Morrisons’ mail room, without permission, to send and receive packages relating to a personal business venture selling health supplements. Unfortunately, a package of the supplement – which took the form of a white powder – broke open, causing significant panic and disruption to Morrisons’ mail room until the nature of the substance could be determined. As a result, Mr Skelton was given a verbal warning. Thereafter, he harboured a vendetta which led him to make the disclosures in question in an attempt to damage the company’s reputation.

Mr Skelton was prosecuted under the Computer Misuse Act 1990 (“CMA”) and Data Protection Act 1998 (“DPA”) for various crimes of fraud and misuse of personal information. He was convicted and sentenced to 8 years’ imprisonment.

Around 100,000 of Morrisons’ employees were affected. Owing to the company’s swift action, there was no evidence of financial loss to the claimants, however, some 9,263 of its current and former employees brought claims against the company for distress, anxiety and upset.

The basis of the claims was that:

Before Langstaff J at first instance, it was held that Morrisons was not primarily liable since it was not the data controller at the time – Mr Skelton was. Moreover, save in one respect, Morrisons had provided adequate controls and, whilst organisational measures alone could not altogether prevent the risk of a rogue employee, Morrisons’ procedures were appropriate. The ‘white powder’ incident did not by itself suggest that Mr Skelton ought not to be trusted with personal information. In conclusion, Morrisons did not directly misuse, authorise or carelessly permit the misuse of any personal information. The question of primary liability was not taken up on appeal.

However, it was found that Morrisons was vicariously liable for the acts of Mr Skelton. Langstaff J held:

“Adopting the broad and evaluative approach encouraged by Lord Toulson JSC in Mohamud’s case [2016] AC 677 I have therefore come to the conclusion that there is a sufficient connection between the position in which Skelton was employed and his wrongful conduct, put into the position of handling and disclosing the data as he was by Morrisons (albeit it was meant to be to KPMG alone), to make it right for Morrisons to be held liable ‘under the principle of social justice which goes back to Holt CJ’.”

The Court of Appeal

Morrisons appealed to the Court of Appeal (Sir Terence Etherton MR, Bean and Flaux LJJ). The appeal was dismissed.

In relation to the question whether, on the facts, Morrisons were vicariously liable for Mr Skelton’s wrongdoing, the Court found that the tortious acts of Mr Skelton in sending the claimants’ data to third parties was “within the field of activities assigned to him by Morrisons”.

Agreeing with Langstaff J, the Court of Appeal also emphasised that the relevant facts constituted a “seamless and continuous sequence” or “unbroken chain” of events.

Although it was an unusual feature of the case that Skelton’s motive in committing the wrongdoing was to harm his employer, the Court of Appeal concluded that Lord Toulson had said in Mohamud that motive was irrelevant.

Issues for the Supreme Court

The Court heard oral argument in November 2019 and handed down its unanimous decision on 1 April 2020.

The issues before the Supreme Court were:

The starting point is Lord Toulson’s judgment in Mohamud, which was not intended to change the law of vicarious liability but rather to follow existing precedents.

One such authority is Dubai Aluminium Co Ltd v Salaam [2003] 2 AC 366. Lord Nichols explained the existing “close connection” test: is the wrongful conduct was so closely connected with acts the employee was authorised to do that for the purposes of the liability of the employer to third parties, it may fairly and properly be regarded as done by the employee while acting in the ordinary course of his employment?

Importantly, Lord Nichols had identified the “general principle” but each case required consideration of the particular circumstances of that case. The Supreme Court repeated and endorsed the relevant paragraphs where Lord Nichols had addressed that point in Dubai Aluminium:

“[25] the ‘close connection test focuses attention in the right direction. But it affords no guidance on the type or degree of connection which will normally be regarded as sufficiently close…

[26] This lack of precision is inevitable… Essentially the court makes an evaluative judgment in each case, having regard to all the circumstances and, importantly, having regard also to the assistance provided by previous court decisions.”

The Supreme Court adopted Lord Toulson’s summary of the law as expressed in “the simplest terms” in Mohamud, which in turn had adopted Lord Nichol’s approach in Dubai Aluminium. Therefore, in deciding whether an employer is vicariously liable, the Court must ask and answer two questions:

As to the question of what constitute as “an unbroken sequence of events” or “a seamless episode”, Lord Toulson in Mohamud had not been speaking of a temporal or causal connection between the various events. Instead, he was focussed on the “capacity” in which the employee was acting when the events took place. The employee in Mohamud was “purporting to act about his employer’s business” and was acting throughout the entire episode in the course of his employment; it was “not something personal”. The same was not true of Mr Skelton.

As to the question of whether “motive is irrelevant”, the Supreme Court cautioned against reading Lord Toulson’s comment out of context. In Mohamud, the Court had plainly considered whether the employee was going about his employer’s business (rather than pursuing private ends) as supporting the existence of a close connection between his field of activities and the commission of the tort. To that extent, it appeared that determining the motive of the employee had formed part of the Court’s considerations when deciding the question of whether there was a close connection. In saying “motive is irrelevant”, Lord Toulson intended to convey only that, having already reached the above conclusion, the reason why the employee had become so enraged as to assault the motorist could not make a material difference.

The Courts below had misunderstood the principles in several respects (see para. 31):

*For further information on the Supreme Court’s recent clarification of this point, see our related article discussing the case of Barclays Bank plc v Various Claimants [2020] UKSC 13, handed down on the same day as the decision in Morrisons

Applying the reasoning to the present case, Morrisons was not vicariously liable for Mr Skelton’s conduct since:

David Sanderson of 12KBW appeared in the case of Bellman v Northampton Recruitment Ltd [2018] EWCA Civ 2214, cited with approval at paragraph 45 of the Supreme Court’s judgment. 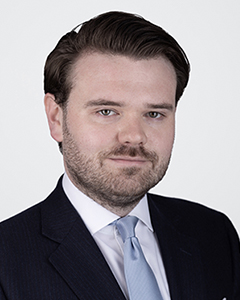 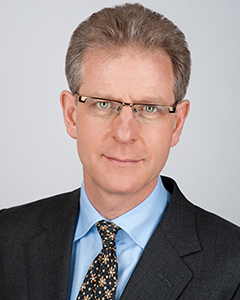